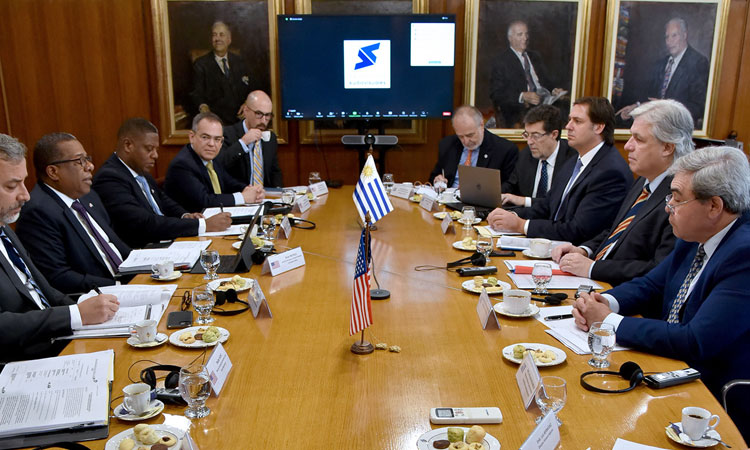 The ABID underscored the strong commitment of both countries to strengthen and expand current close collaboration on a range of issues, including bilateral trade and investment, promoting regional and global security, addressing climate change, supporting democracy, and promoting equality and inclusion.

Talks focused on the importance of strengthening bilateral economic ties, including the potential benefits of the new Americas Partnership for Economic Prosperity announced by President Biden at the Ninth Summit of the Americas in June. The discussion also took note of the ongoing negotiations, led by the U.S. Trade Representative, to update and expand the bilateral Trade and Investment Framework Agreement. Participants highlighted Uruguay’s service exports to the United States totaling more than $1 billion annually, and Uruguay’s leadership in the region on clean energy. Uruguay agreed to join the Atlantic Cooperation initiative, to work with nations across the North and South Atlantic on an array of shared challenges.

On climate change, the parties noted that their respective national delegations are already working together at COP27 in Sharm El-Sheikh, Egypt. The parties pledged to build on that cooperation to advance important initiatives including the Dairy Net Zero project, the Global Methane Pledge, and climate finance proposals.

Both governments reaffirmed their commitment to promote racial and ethnic equality and social inclusion. They discussed their joint efforts in Uruguay to support promotion of equality of opportunity, including U.S. Embassy-sponsored programs to help improve access to the labor market for all. The dialogue concluded with the parties celebrating their shared democratic values, dedication to protecting human rights, advancing equitable development, and fighting the threat of climate change—objectives that are fundamental to freedom, security, and opportunity.