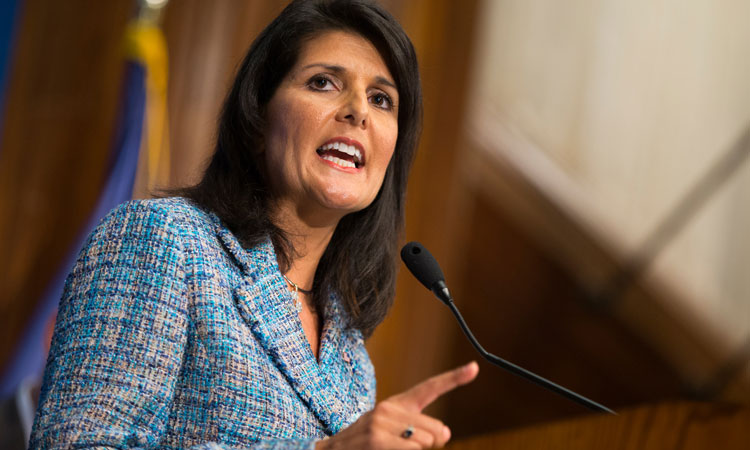 Former South Carolina Governor Nikki Haley will serve as the new U.S. ambassador to the United Nations. Vice President Pence administered the oath of office to Haley on January 25. The U.S. Senate voted 96-4 the previous night in favor of her nomination. Haley, the daughter of immigrants from India, was the first female governor of South Carolina and the country’s first female governor of Indian descent. Before she resigned as governor January 24, Haley — born in 1972 — had been the nation’s youngest chief state executive.

“Governor Haley has a proven track record of bringing people together regardless of background or party affiliation to move critical policies forward for the betterment of her state and our country,” Trump said when he announced his intention to nominate Haley. “She is also a proven deal-maker, and we look to be making plenty of deals.” After secretary of state, the ambassadorship is often seen as the country’s highest-profile diplomatic position. Trump has nominated former ExxonMobil Chief Executive Officer Rex Tillerson to be U.S. secretary of state. 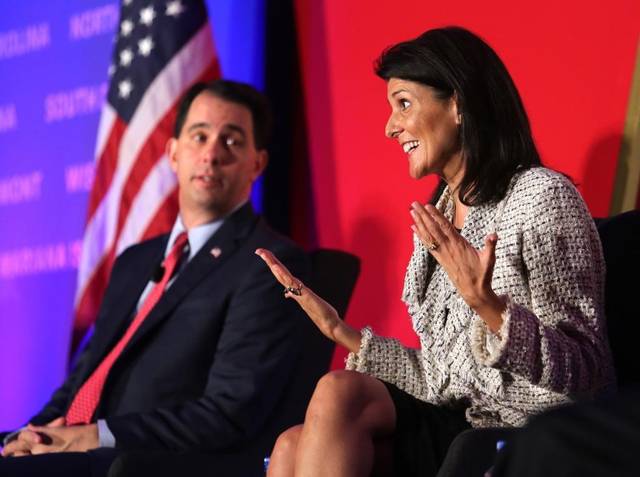 Who is Nikki Haley?

Haley calls herself a strong fiscal conservative who champions transparency and accountability in state government. She is active in the Republican Governors Association, currently headed by Governor Scott Walker of Wisconsin.

Haley led South Carolina through one of its most difficult periods in 2015, when a self-proclaimed white supremacist entered a Charleston church on June 17, joined a Bible study and then shot nine African-American church members in an apparent hate crime. Haley ordered the Confederate flag, considered by many a divisive symbol of the Civil War era, removed from the statehouse grounds. “I hope that, by removing the flag, we can take another step towards healing and recognition — and a sign that South Carolina is moving forward,” she said at the time. Her first job was keeping the books for her family’s clothing store at the age of 13. She earned an accounting degree at Clemson University.

Like Trump, Haley is savvy about social media. She is known in South Carolina for her regular and often personal Facebook posts. One 2013 post quickly gained national attention: “What not to do … getting locked out of the Governor’s mansion in your robe while sending the kids off to school. sigh…#adayinthelife.” Her husband, Michael, is a captain in the Army National Guard and a combat veteran who was deployed to Afghanistan.

This article draws on reports from the Associated Press.