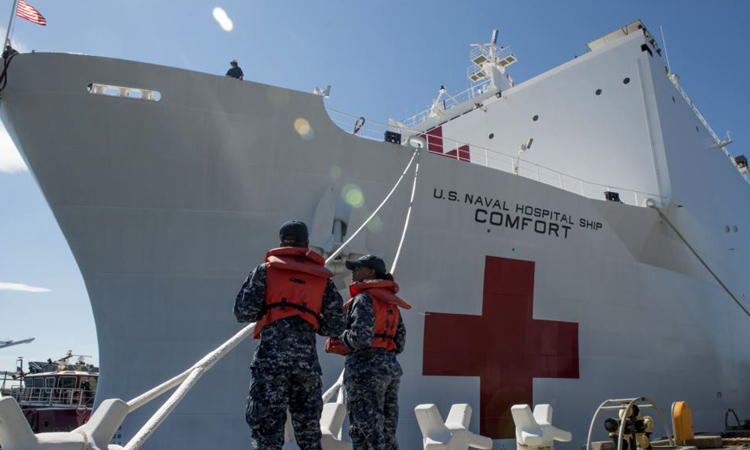 MIAMI – The U.S. Navy hospital ship USNS COMFORT (T-AH 20) will deploy to Central America and South America in late September to begin a two-month humanitarian mission with stops in Colombia and the region.

During the deployment, military medical personnel will work alongside our partners to provide needed medical assistance, according to the needs defined by each stop.

The USNS COMFORT support in Colombia was requested by the Colombian government to relieve the pressure of increased population flows from Venezuela on their national health system.

“This mission is a symbol of what can be accomplished when partners work together to aid people in need,” said U.S. Navy Adm. Kurt Tidd, commander of U.S. Southern Command, which will oversee the deployment. “Because this mission is humanitarian in nature, it will focus on the people we’re assisting, on the nations we’re partnering with, and on the region we’re supporting together.”

This marks the sixth hospital ship deployment to the region since 2007 and reflects the United States’ steadfast commitment of friendship and solidarity with the Americas.