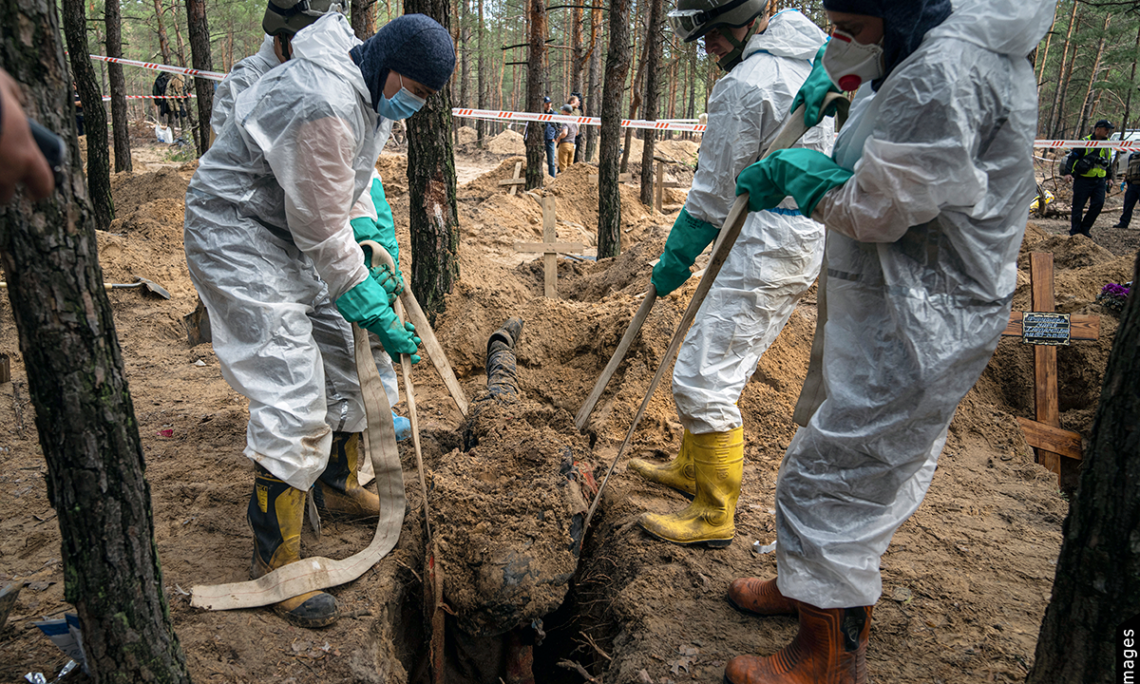 In 1981, the United Nations General Assembly declared September 21 as the International Day of Peace. Today, on the anniversary of this date, and with the seventy-seventh session of the United Nations General Assembly underway in New York, it is difficult to talk about peace when Russia continues to occupy and commit atrocities on Ukrainian territory. Today we should celebrate Peace, but we cannot.

In April of this year, along with 12 other diplomatic missions present in Uruguay, the United States condemned the Russian invasion of Ukraine. Almost like a premonition, the letter anticipated that “the consequences will affect not only Russia, Ukraine and their neighbors, but everyone on earth.” Six months later, and despite the attempts of the Russian propaganda machine to hide the truth or twist the story in its favor, we continue to hear news and reports from non-governmental organizations about the indiscriminate use of force, violence and abuses of integrity and human rights on Ukrainian territory.

Recent reports describe “filtration” operations, forced deportations and even disappearances of citizens in areas controlled by Russian forces. According to Yale University’s Humanitarian Research Laboratory, the Russian government may be practicing “torture and forced labor in the seepage zones of eastern Ukraine.” The United States has strongly condemned these “filtration” operations, which are estimated to have affected between 900,000 and 1.6 million Ukrainian citizens, including children. Hundreds of thousands of Ukrainian citizens resisting the invasion are reportedly taken to “filtering camps” where they have been interrogated, detained and deported to Russia against their will by Russian forces. Even unaccompanied children have been sent to remote areas of the vast Russian territory.

The permanent representative of the United States to the United Nations, Ambassador Linda Thomas-Greenfield, recently said that the United Nations faces a crisis of confidence, since “as the world faces threats from climate change, the aftermath of a pandemic, a global food crisis, one of the permanent members of the Security Council invaded a neighboring country and directly chose war instead of a negotiated peaceful solution.” For this reason, one of the objectives that Thomas-Greenfield will convey during the UN General Assembly is to strengthen the Charter of the United Nations, which the vast majority of countries respect and honor.

“We will hold Russia accountable for its atrocities, its ‘filtration’ campaigns, its forced deportations and its war crimes,” Thomas-Greenfield said in a recent statement.
Since the beginning of the invasion, every time Russian forces have left an occupied region, what they have left behind is a trail of terror, pain and an orchestrated disinformation campaign to cover it up.

The appearance of satellite images of what appear to be more than 440 mass graves in the town of Izyum raises the concern of the United States and allied countries to a higher level, regarding the horror of Russian actions in occupied areas. The United States has committed to supporting investigations that aim to gather evidence and document these atrocities so that the culprits face justice in Ukraine, or globally.

Uruguay has expressed through various pronouncements its clear condemnation of the violation of the sovereignty, territorial integrity and independence of Ukraine by military forces of the Russian Federation, considering it a violation of international law and the principles of the Charter of The United Nations.
The Ministry of Foreign Affairs of Uruguay published two press releases on February 23 and 24 expressing the position of Uruguay, and the President of the Republic, Dr. Luis Lacalle Pou, has publicly expressed his firm position in this regard. The United States has applauded Uruguay’s stance in condemning the Russian invasion locally and in international forums, raising its voice beyond the region and advocating a peaceful solution to the conflict. “Uruguay’s position on the Ukraine issue has been exemplary,” the U.S. Embassy’s Deputy Chief of Mission, Eric Geelan, recently said in an interview on Uruguayan radio.

Today, September 21, International Day of Peace, we reaffirm our conviction that responsible diplomacy is the only way to resolve this crisis and we call on the entire world not to divert attention from what is happening in Ukraine. As U.S. Secretary of State Antony Blinken said: “We have a clear path forward: help Ukraine defend itself, support the Ukrainian people, and hold Russia accountable for its actions.” The actions by Russia in Ukraine do nothing but erode and violate the basic international principles of peace, which have been built and defended for decades by countries like Uruguay, the United States and many other allied countries. Today we should be celebrating peace, but we cannot.