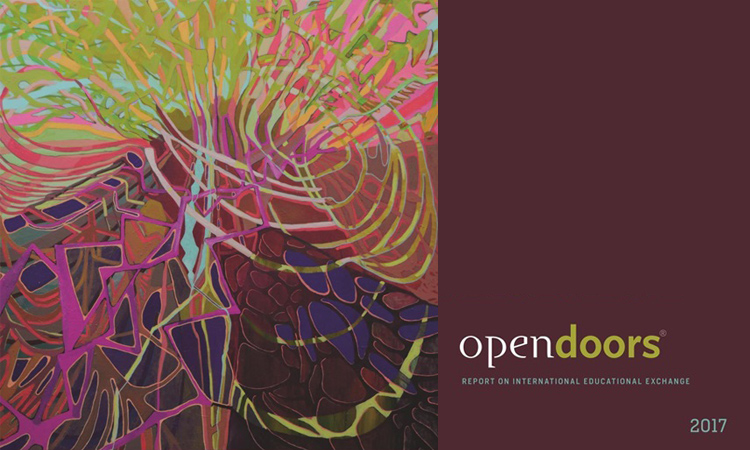 From November 13-17, the U.S. Department of State and the U.S. Department of Education will celebrate International Education Week (IEW) by encouraging Americans and international students to seek opportunities to study abroad, make connections with peers in other countries, and ultimately see themselves as actors in and shapers of both their local communities and an interconnected world.

To open IEW, the State Department, in collaboration with the Institute of International Education, released the annual Open Doors report of data and trends in international academic mobility. For the second year in a row, more than one million international students studied at U.S. institutions of higher education in academic year 2016/17, an increase of three percent over the prior year. The number of American students studying abroad also increased by four percent from the prior year to 325,339 Americans.

International students have a major positive impact on U.S. communities, universities and colleges by enhancing classrooms and campuses with an exchange of ideas, improved understanding of different cultures, and by contributing more than $39.4 billion to the U.S. economy.

The State Department is continuing its efforts to broaden participation in U.S.-sponsored exchange programs, including the Fulbright Program, the Critical Language Scholarship Program, and the Gilman Program. Additionally, the State Department will hold “Passport to the World” events throughout the month of November to encourage U.S. citizens to apply for a passport.

More can be found at iew.state.gov. For press inquiries, contact ECA-Press@state.gov. And follow the conversation on social media at #IEW2017.