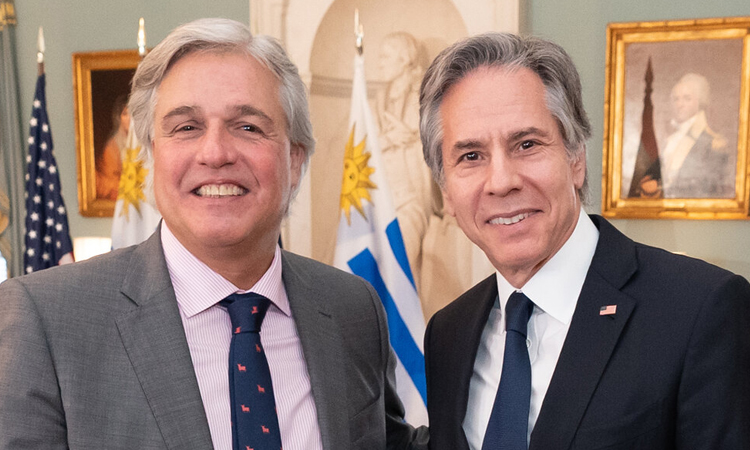 The text of the following statement was released by the Governments of the United States of America and Uruguay:

During their meeting, they reviewed the U.S.-Uruguay bilateral relationship and discussed various global issues, including Russia’s unjustified, unprovoked war against Ukraine.  In addition to the tragic human toll of the conflict, both parties are concerned about the disruption to the global food supply chain and potential global food crisis.

They also spoke about the importance of bilateral trade and pandemic recovery for the region.  They expressed mutual support for the successful conclusion of the negotiations between Uruguay and the U.S. Trade Representative to update and modernize the Trade and Investment Framework.  These updates can deepen commercial ties, improve the investment climate, and enhance opportunities for small businesses.

Secretary Blinken and Foreign Minister Bustillo agreed to launch an annual bilateral Interministerial Dialogue to coordinate on priority areas such as political, economic-commercial, investment, technology, cultural and academic, among others.

Secretary Blinken and Foreign Minster Bustillo also discussed the upcoming Ninth Summit of the Americas in June as well as commitments to improve democratic governance throughout the 2022 Year of Action made during the December 2021 Summit for Democracy.

This meeting demonstrated that the United States and Uruguay share similar values and highlighted our strong cooperation in areas such as multilateralism, climate change, peacekeeping and cybersecurity.