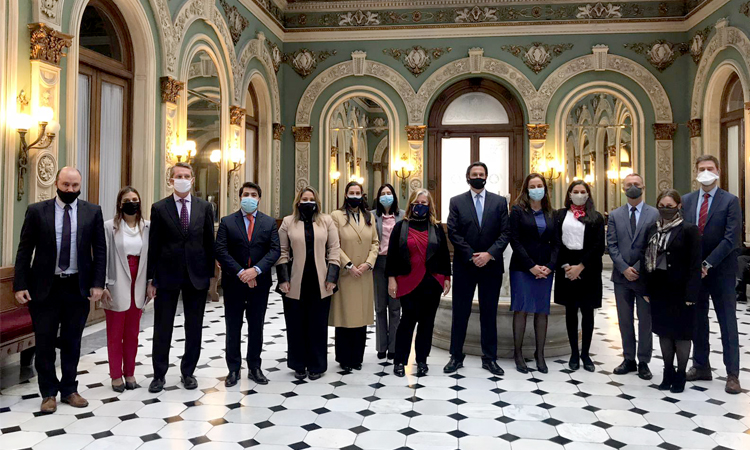 The two countries intend over the next months to work closely together to deepen the U.S. – Uruguay relationship and, as democratic partners, to promote a dynamic agenda for growing inclusive trade and investment in a way that advances the prosperity of both countries and their workers. The two sides expressed the importance of strengthening the economic and trade relationship, based on their commitment to a vision of more sustainable and inclusive trade and investment policies that benefit the widest possible number of people.

During the meeting, they discussed a wide range of trade and investment opportunities and challenges, including agriculture, intellectual property and services. They also discussed the essential role of high labor standards, as well as importance to each of their economies of strong environmental protections, including sustainable fisheries and forestry management, and their shared ambition for a meaningful outcome in the WTO negotiations on fisheries subsidies. They also exchanged views on the problem of forced labor.

The two delegations also held a meeting with a diverse group of women entrepreneurs, who shared their experiences of developing businesses in Uruguay and the challenges they face in reaching the global market.

As a key outcome of the meeting, the two sides agreed to review the existing TIFA and its Protocols and to develop new instruments to reflect up-to-date trade rules that support competitiveness and economic recovery. The United States and Uruguay agreed that high standards in areas such as Trade Facilitation, Good Regulatory Practices, Anti-Corruption, and Digital Trade are fundamental to this work, and that all work under the TIFA will reflect their shared values of promoting inclusive trade and opportunities for all workers and business, including small and medium sized enterprises. Both sides agreed to pursue concrete, high-standard outcomes in updating the TIFA by the end of the year.