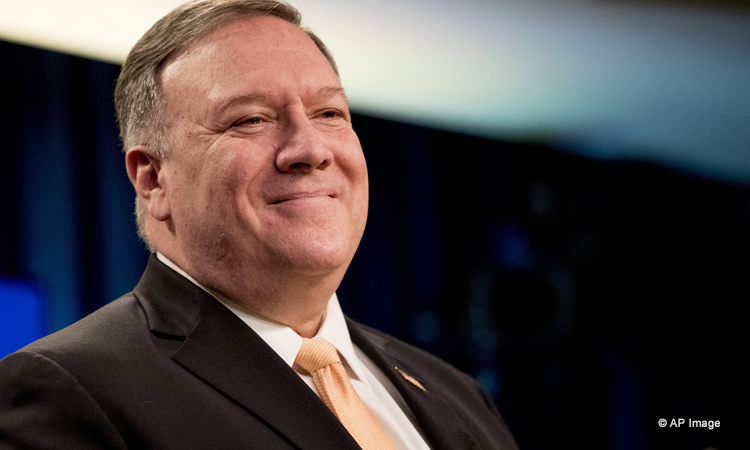 Leave No American Behind

The State Department has found ways to bring more than 62,000 U.S. citizens home from overseas.

When the Peruvian government announced a travel lockdown on March 15 in response to the Covid-19 pandemic, 35 American citizens were stuck deep in the country’s Amazon region. These Americans were unsure of how they would make it to the city of Iquitos, where our diplomats had booked a U.S. government-funded charter flight to take them back to the U.S. They had 24 hours to reach the airport, from the country’s most rugged and remote areas, before the plane took off.

Thankfully, the State Department is in the business of fixing problems, not running from them. Mission Peru reached out to each of the Americans individually, and stayed in touch all along their journeys to make sure they were making progress unimpeded. Our diplomats coordinated with the Peruvian military and local police to ensure safe passage through checkpoints. Working with the Peruvian government, we arranged paperwork processing for passengers and health screenings at the Iquitos airport, where a consular officer welcomed them. Eventually, all 35 of them made it to the plane in time, along with 60 other U.S. citizens, and they arrived safely on American soil on March 26.

Mission Peru’s efforts were only one small part of the unprecedented work the State Department, under President Trump, is doing to serve our fellow Americans abroad amid this crisis. Our Repatriation Task Force, consular and operational medicine officers, and other teams have worked 24/7—often at great risk to their own health—to help Americans return home during the pandemic.

Beginning with our work to evacuate more than 800 Americans and people of other nationalities from Wuhan, China, in January and February, as of April 15 we’ve repatriated more than 62,000 Americans from more than 100 countries on nearly 600 flights—a staggering number in a very short time.

Travel restrictions, airport closures, documentation snags and other hurdles mean these aren’t easy missions. But our diplomats are at their best when the stakes are highest. Mission India navigated a strict nationwide lockdown to transport a couple and their newly adopted daughter back to the U.S. Mission Argentina worked with their diplomatic counterparts to allow American missionaries passage through government checkpoints. A sleep-deprived team at Mission Morocco held a plane on the tarmac so that Americans—including a mother with a baby—could make it on board. That was one of that mission’s many accomplishments during a 48-hour period in March in which they evacuated more than 1,000 Americans.

This work is logistically complex. Every evacuation requires elaborate choreography in coordination with other governments, helping Americans obtain proper travel documents, booking all necessary means of transportation, and much more. In many instances, we’ve had to arrange expedited departures for citizens who need medication or treatment that is unavailable or difficult to obtain in the countries in which they’re traveling. That includes a double lung transplant recipient in Honduras, who later told us we saved his life by getting him home quickly.

The State Department’s historic repatriation efforts reflect the dedication of an elite diplomatic team that can execute its goals with speed, brains and heart. I couldn’t be prouder—we’ve helped tens of thousands of Americans, with thousands more to come. We are sworn to serve them first and foremost, and that’s what we’re doing.

I’m also proud of the statement we’re making to the world about what America stands for. No parts of Central Asia are too remote, no jungles of the Amazon too deep, when Americans’ well-being is on the line. As a former soldier, congressman and Central Intelligence Agency director, and now secretary of state, I’ve observed many noble acts of public service over the years. Those which American diplomats are performing right now are second to none.