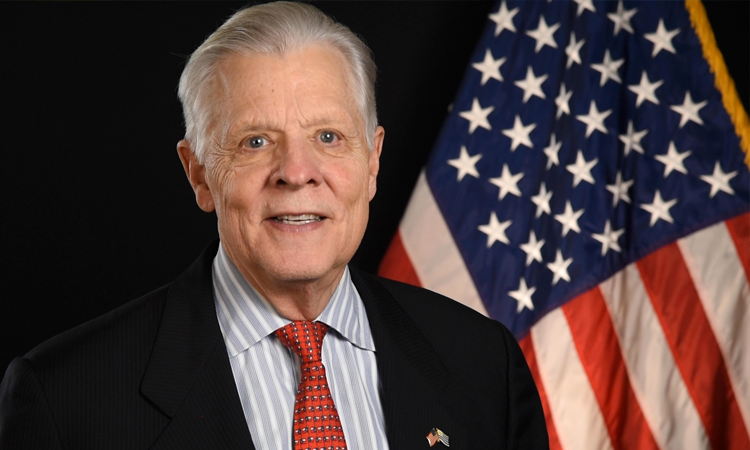 Life, Liberty, and the Pursuit of Happiness, by U.S. Ambassador Kenn S. George

Every July 4th Americans around the world reflect with gratitude on the Declaration of Independence of our great nation. July 4, 1776 marked the beginning of an ongoing journey toward life, liberty, and the pursuit of happiness. Over the past two hundred and forty four years the United States has emerged from groups of settlers who sought freedom of religion, personal liberty and refuge from persecution to a nation that most felt would not survive, reluctantly accepting the role of a global leader and today the world’s oldest democracy and strongest economy.

I was born and raised with the freedom to believe, pursue, and attempt anything I could imagine. Midland, Texas, describing itself as “the land of the high sky” is my hometown. Growing up and traveling the length and breadth of the United States, I was amazed by its beauty, its opportunity, and its generosity.

As a young man my parents inspired me in many ways. My father led me to embrace the entrepreneurial spirit, and my mother encouraged me to dream as “high as the sky”. And both of them taught me to love and appreciate the hard-won freedoms and democracy of my country.

We as Americans have suffered our share of trials, we are not perfect and none of us are, but we continue to try and learn from our mistakes, and to understand and embrace the differences that make us stronger. We continue in pursuit of the democratic ideals and values upon which our nation was founded, “in order to create a more perfect Union,” like our Declaration of Independence states. We continue in pursuit of the American Dream — something I believe in very strongly.

Throughout my life time pursuits in the public or private sector, I have learned that most Americans regardless of their circumstances, cherish and pursue the same dreams of freedom, liberty, and the opportunity of providing for their families in a manner they choose.

The celebration of our independence also provides a moment to reflect and be thankful. The unparalleled generosity and compassion of Americans has helped millions of people out of poverty around the world, and provided lifesaving healthcare and medicines to people in need. The American people have also worked alongside countless nations over the past 244 years to help protect life, liberty, and freedom.

The excellent American higher education system has trained some of the brightest and most innovative minds of the world and been at the genesis of some of the most successful, impactful, and economically sustainable businesses around the globe.

Our oldest document, our Constitution, has been amended 27 times in 244 years. These new laws updated our democracy to better reflect the changes our society needed. There will always be opportunities to make it better, more inclusive, broader, with more freedoms for our citizens. We openly debate these issues, call out injustice, and seek to understand our differences, and we do so in the public arena for all the world to see.

The most precious thing about the United States is that Americans believe in what our country stands for. We are willing to engage in the democratic process. It is difficult, messy, fortifying, and enlightening, and it protects our democratic ideals. I believe this is what our founding fathers spoke of in our Declaration of Independence when they wrote: “We hold these truths to be self-evident, that all men are created equal, that they are endowed by their Creator with certain unalienable Rights, that among these are Life, Liberty and the pursuit of Happiness.”

My wife Tricia and I are blessed with four loving children, and four grandchildren. It is our family’s honor and responsibility to pass on these values to our next generation. Celebrating the birthday of our independence every year is one of the most important celebrations for me and my family. It is part of our lives; it is a red, white and blue day, and as the Lee Greenwood song goes: “I’m proud to be an American where at least I know I’m free”. It is a privilege to share this day with our many friends and partners in Uruguay.