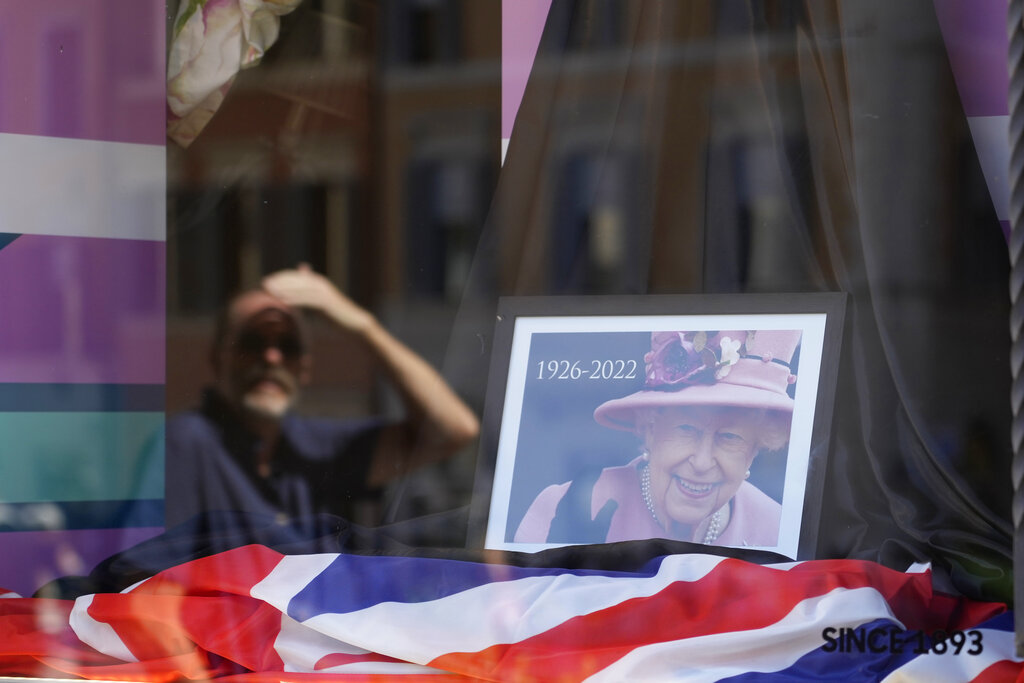 A man looks at a Queen Elizabeth II photo placed in a window of a tea room in central Rome, Friday, Sept. 9, 2022. Elizabeth II, Britain's longest-reigning monarch and a rock of stability across much of a turbulent century, died Thursday after 70 years on the throne.(AP Photo/Alessandra Tarantino)

Together with the American people, I extend my deepest sympathies to His Majesty The King, the entire Royal Family, the people of the United Kingdom, and the peoples of the Commonwealth on the death of Her Majesty Queen Elizabeth II.

For more than 70 years – a period during which the United Kingdom and the world witnessed unprecedented change – Queen Elizabeth personified a sense of stability. During a time of tremendous division, she was a source of unity.

Her influence extended well beyond the Commonwealth. As Queen, she visited more than 120 countries, including the United States, where she made a point of meeting not only with leaders, but with people from all walks of life. She was the embodiment of the special relationship between the United States and the United Kingdom, and a symbol of the enduring alliance that has seen our nations through the greatest tests of the 20th and 21st centuries.

We join people around the world in mourning her passing, and we will forever be inspired by the memory of her service, leadership, and friendship.