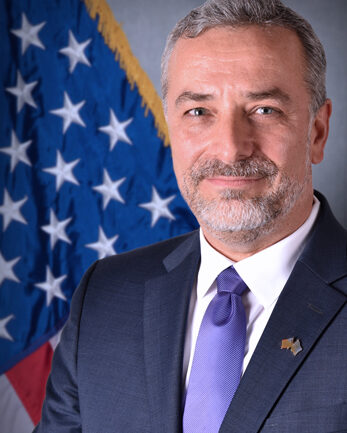 Karl Rios is a career member of the Senior Foreign Service of the Department of State. He arrived to serve as the Chargé d’Affaires a.i. at the U.S. Embassy in Montevideo in July 2022. Karl has served in a variety of Department positions in Washington and abroad. Most recently he served as the Director of Western Hemisphere Affairs’ Office of Economic Policy and Summit Coordination and oversaw the preparations for the June 2022 Summit of the Americas. He has also served, respectively, as a Deputy Director in the Economic Bureau’s Office of Investment Affairs and in the Western Hemisphere Affairs’ office for Central America.

He served as Political and Economic Counselor in Costa Rica and has had assignments in Mexico, Trinidad & Tobago, Guinea and Afghanistan, where he served as U.S. Team Provincial Reconstruction Team Lead in Logar Province. He also served as Pearson Fellow in the U.S. House of Representatives on the House Foreign Affairs Committee.

He is a proud native of Newport News, Virginia, a graduate of Virginia Tech University and earned an MBA from the College of William & Mary. Karl is married and has two children, Aiden and Karla. His wife, Faith Corneille Rios, is a Civil Service member of the Department of State. The recipient of numerous State Department Awards, Karl speaks Spanish and French and still recalls some Dari.