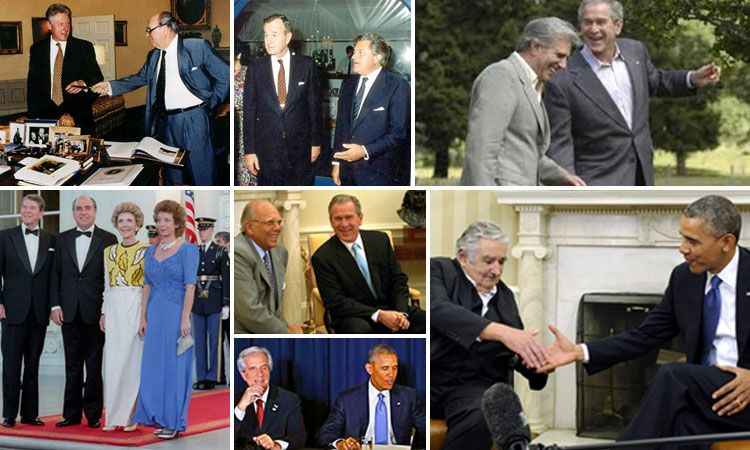 The United States established diplomatic relations with Uruguay in 1867. Uruguay declared independence in 1825 and then secured independence in 1828 following a three-year conflict with Brazil and the dissolution of its federation with Argentina. The relationship between the United States and Uruguay is strong. The two countries share important values, including a commitment to democracy, rule of law, sound economic policies, strong labor rights, environmental protection, investment in people, the desire to see the peaceful resolution of disputes between nations, and a commitment to the multilateral system.

Uruguay is a constructive partner that plays an important role in promoting regional stability and democracy. The country often serves as a consensus builder and mediator in international institutions. It is a partner in conflict resolution, contributing to peacekeeping missions worldwide. Uruguay has been one of the top per capita contributors to United Nations peacekeeping overall. The United States values Uruguay’s contributions to improving security in Haiti and the Democratic Republic of the Congo, as well as in other difficult locations throughout the world.

In 2002 Uruguay and the United States created a Joint Commission on Trade and Investment, which was superseded by a Trade and Investment Framework Agreement in 2007. Under both instruments, Uruguay and the United States have signed several agreements, including an Open Skies agreement, a Bilateral Investment Treaty, a Science and Technology agreement, a Customs Mutual Assistance agreement, and a Memorandum of Understanding on Renewable Energy and Energy Efficiency and Small and Medium Enterprises. In May 2015, experts from the U.S. and Uruguay completed a second round of discussions toward concluding a bilateral Social Security Totalization Agreement.

Uruguay and the United States belong to a number of the same international organizations, including the United Nations, Organization of American States, International Monetary Fund, World Bank, and the World Trade Organization. Uruguay is a founding member of Mercosur and the Latin American Integration Association, ALADI.