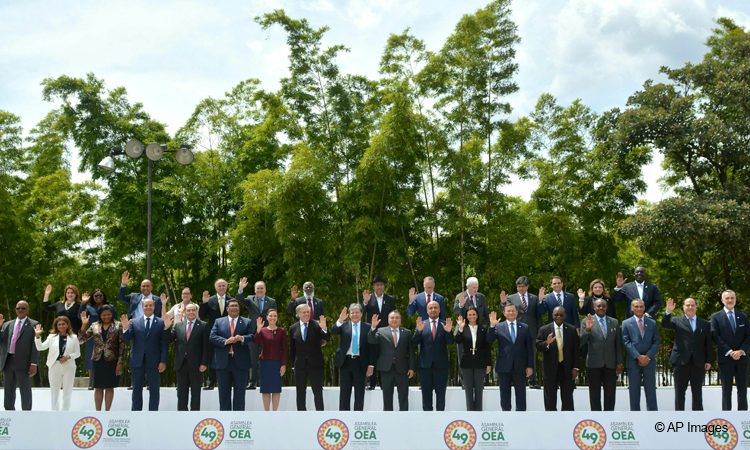 Participation in the 49th Organization of American States General Assembly

Assistant Secretary Breier reiterated our commitment to working with the OAS on restoring democracy and respect for human rights in Venezuela and Nicaragua, pursuing OAS reform, and promoting religious freedom throughout the region. The OAS reaffirmed the decision of the OAS Permanent Council, chaired by U.S. Permanent Representative to the OAS Ambassador Carlos Trujillo, to recognize the Venezuelan National Assembly’s representatives at the OAS General Assembly. This decision means these representatives can participate in all OAS institutions, including the Pan American Health Organization. The OAS resolution also addressed migration and other regional impacts from the crisis in Venezuela. The OAS expressed its strong concerns about the violations of human rights and erosion of democratic principles in Nicaragua. Further, the OAS approved a reform package that increases transparency and auditing to improve the effectiveness of the organization, as well as a resolution supporting religious freedom.