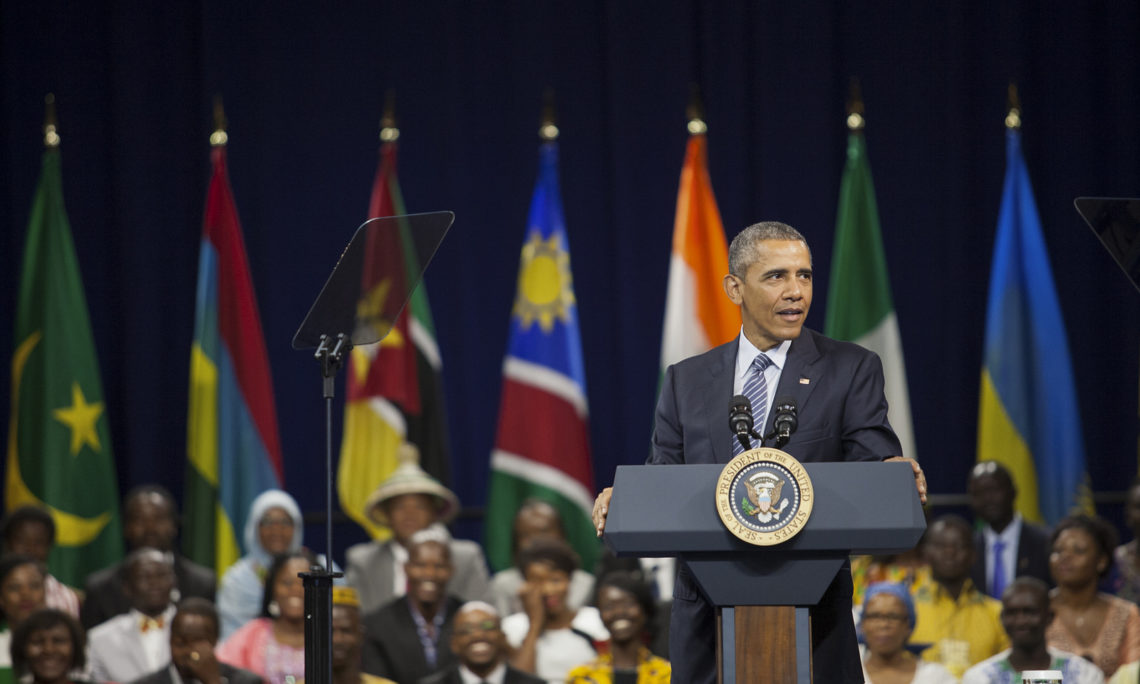 BY THE PRESIDENT OF THE UNITED STATES OF AMERICA

Entrepreneurs in America have long lent their talents and passions to solving problems, generating growth and prosperity, and turning dreams into new goods and services for people across our Nation and around the world. During National Entrepreneurship Month, we celebrate the entrepreneurs who serve their communities and bolster our economy, and we pledge our support for them in their pursuit of the ideas and innovations of tomorrow.

Through their intrepid sense of possibility and resilience, and their unwillingness to give in or give up, entrepreneurs from every walk of life make invaluable contributions to the American experience — turning bold ideas into real progress. My Administration has made it a priority from day one to support those who take a risk and put in the hard work required to get a new venture off the ground. In 2010, I signed the Affordable Care Act, which gives Americans greater opportunities to start businesses by offering portable and affordable health insurance plans through the Health Insurance Marketplace. I signed 18 tax breaks for small businesses in my first term, including tax credits for those who hire unemployed workers and veterans, and I launched the Nation of Makers initiative to advance innovation and encourage making, including homegrown technologies and startups. In 2013, I signed an Executive Order to make Government data more accessible to the public, and my Administration has opened up nearly 200,000 datasets on www.Data.gov to fuel economic growth, innovation, and entrepreneurship. And earlier this year, I announced the Computer Science for All Initiative — a plan to give all students in America the chance to learn computer science in school, which will equip our future entrepreneurs, including those from underrepresented backgrounds, with the computational thinking skills they need to succeed.

In the 21st-century economy — where business does not stop at a country’s border and where technological advancements have changed the ways we engage in commerce and with one another — it is more important than ever that we give our Nation’s entrepreneurs the tools and resources they need to compete on the international stage. This past summer, I signed an Executive Order that encourages entrepreneurship in the United States and around the world, including through the Presidential Ambassadors for Global Entrepreneurship Program, to promote the sharing of knowledge and experience with the entrepreneurs of tomorrow. Additionally, as I attended the Global Entrepreneurship Summit in California in June, companies across America came together to sign the Tech Inclusion Pledge: a commitment to making their technology workforces more representative of the American people. My Administration also used this Summit as an opportunity to announce an expansion of the National Science Foundation’s Innovation Corps training program for entrepreneurial scientists and engineers, as well as the Small Business Administration’s Startup in a Day initiative, with nearly 100 cities and communities across our Nation committed to streamlining licensing, permitting, and other requirements necessary for anyone to start a business. At the end of last year, I signed a bipartisan budget deal that made permanent critical tax incentives to help bolster investment in small businesses and research and experimentation, including by startups and other innovative companies. And thanks to another bipartisan bill I signed, entrepreneurs can raise small-dollar investments from community members, customers, and other individuals through new and regulated online crowdfunding platforms — because access to capital should be available to every aspiring entrepreneur no matter who they are or where they are from.

My Administration has also striven to expand opportunity to those seeking to utilize their entrepreneurial talents abroad. Following the beginning of our process to normalize relations with our neighbors 90 miles to the south in Cuba, we made it easier for Cuban entrepreneurs to import and export. Entrepreneurs flourish when they are surrounded by an environment that encourages their success — that is true here at home and around the world. My Administration remains committed to implementing the Trans-Pacific Partnership, a trade agreement that will have a profound effect on our efforts to support online entrepreneurs and enable American entrepreneurs to sell “Made in America” products all over the world. And through our proposed International Entrepreneur Rule, we are working to ensure the world’s best and brightest entrepreneurs can launch companies and create jobs in the United States.

As we celebrate National Entrepreneurship Month and Global Entrepreneurship Week, let us resolve to support those budding entrepreneurs looking to use their ideas and expertise to build a better life for themselves and their families — and let us tap into the diverse skills and talents across our country so that entrepreneurs from all backgrounds can continue creating the businesses of the 21st century. Entrepreneurship is about the opportunity to forge one’s own future, and an investment in that future can start as something small and turn into something great. That is the legacy shaped by generations of American entrepreneurs who, through ingenuity, passion, and self-determination, have always striven to achieve the next big, unknown thing.

NOW, THEREFORE, I, BARACK OBAMA, President of the United States of America, by virtue of the authority vested in me by the Constitution and the laws of the United States, do hereby proclaim November 2016 as National Entrepreneurship Month. I call upon all Americans to commemorate this month with appropriate programs and activities, and to celebrate November 15, 2016, as National Entrepreneurs’ Day.

IN WITNESS WHEREOF, I have hereunto set my hand this thirty-first day of October, in the year of our Lord two thousand sixteen, and of the Independence of the United States of America the two hundred and forty-first.