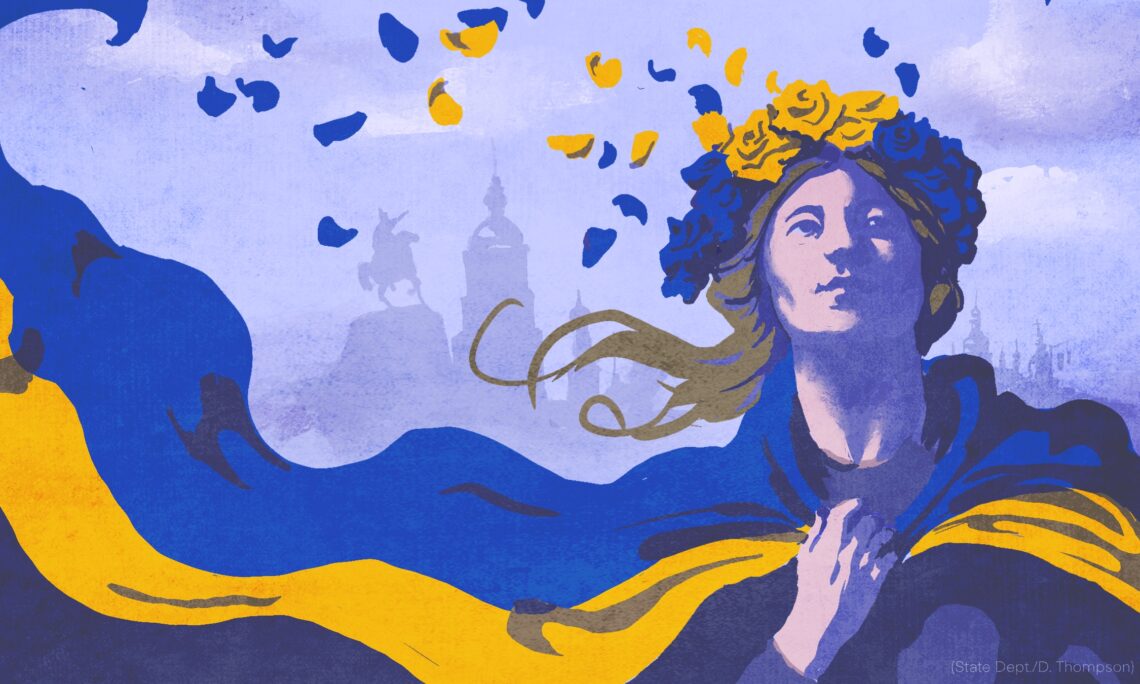 This is a dangerous moment for Europe and for all peoples and nations in the world who choose peace and freedom. In carrying out this brutal attack against the people of Ukraine, President Vladimir Putin has chosen war, trampling on the principles that underpin world peace and democracy. We therefore condemn in the strongest terms the unprecedented, unprovoked, unjust and premeditated military aggression of the Russian government against Ukraine, flagrantly violating the principles of the UN Charter and generating a new wave of human suffering, loss of life and pain. The consequences will impact not only Russia, Ukraine and neighboring countries, but all peoples of the planet.

Vladimir Putin’s invasion of Ukraine is in violation of international law and undermines European and global security and stability. In fact, the United Nations International Court of Justice ordered Russia to halt the invasion in a provisional order on March 16. Missiles have been fired, hitting houses, schools, hospitals, and refuges in historic cities all over Ukraine. The air raids, tank columns and battalions of soldiers attacking Ukraine are accompanied by a renewed wave of disinformation and outright lies. Putin chose war, and he must stop now.

The resilience of the people of Ukraine, who have had decades of independence and democracy and shown unlimited courage, is now a source of inspiration for the whole world. We join the wider international community to stand together with the Ukrainian people in defense of their country, their democracy, and their freedom. The outcome of this war will not favor Vladimir Putin.

UN agencies are mobilizing their teams and increasing capacity in Ukraine and neighboring countries to respond to the growing humanitarian needs of the millions of Ukrainians forced to flee their country, internally displaced persons, and stranded third-country nationals. Neighboring countries, and countries from far away are also mobilizing, as are many civil society organizations. According to UNHCR, more than 4 million people have fled Ukraine since the start of military operations and the escalation of hostilities.

Like-minded countries are already taking steps to hold Russia accountable for its actions. The sanctions and measures being taken are aimed at weakening the Russian government’s ability to carry out this war, and not at the Russian people. Financial sanctions, import restrictions and stringent export controls will hurt Russia’s economy and financial system, as well as its access to advanced technology. This has been one of the most important paths we have taken, with the goal of stemming the flow of money funding Putin’s military aggression. Acting in close coordination within a powerful coalition of partners representing the majority of the international community and more than half the world’s economy has allowed us to multiply the impact of our actions to impose maximum costs on Putin and his regime by limiting their ability to conduct operations in international markets.

Russia has a powerful propaganda and disinformation apparatus in place to confuse and undermine the ability of Russians and other citizens of the world to make decisions and take positions based on reliable and truthful information. Since the war began, Putin has crushed independent media in Russia, and arrested thousands for protesting. But freedom of expression, democracy and human dignity are far more powerful forces than fear and oppression. In the struggle between democracy and autocracy, between sovereignty and subjugation, the freedom of Ukraine and its people will prevail.

The countries listed below choose peace, and the rules-based international order. We express our solidarity with Ukraine. We are not alone: 141 countries in the United Nations General Assembly condemned Russia’s invasion of Ukraine, including the Government of Uruguay. It is a crucial cause for all countries that are dedicated to peace, freedom and democracy. We reaffirm our support for and commitment to the sovereignty and territorial integrity of Ukraine within its internationally recognized borders and express our clear solidarity with the freely elected Government and people of Ukraine.