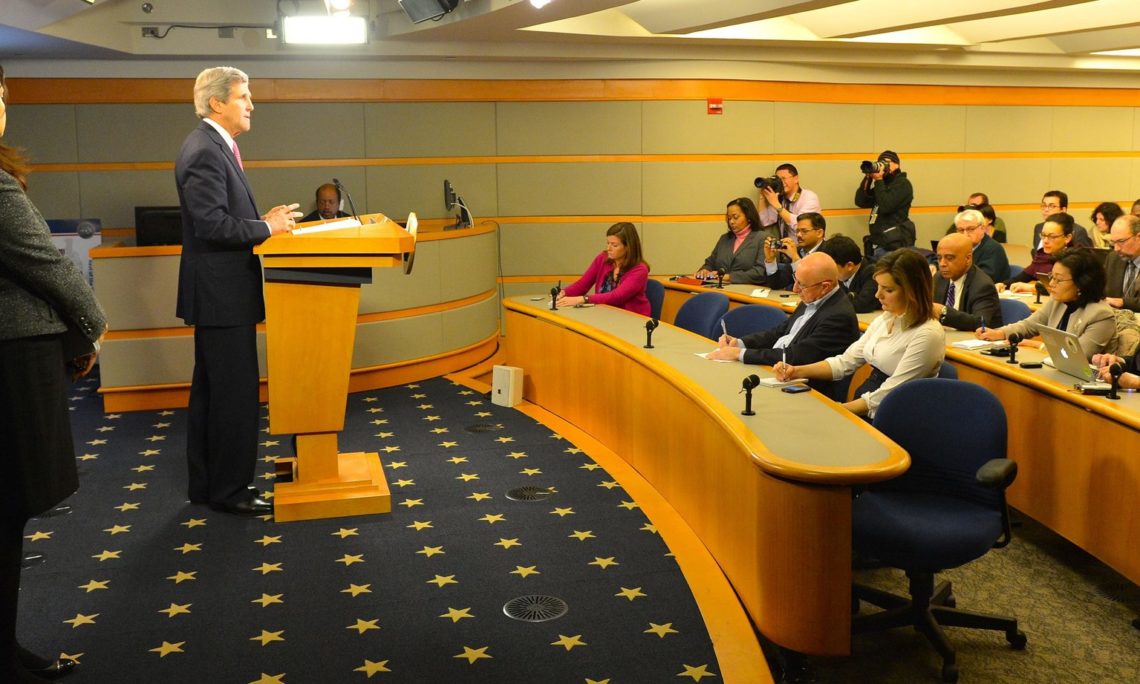 The 2015 edition of the Country Reports on Human Rights Practices points to a global governance crisis. In every part of the world, we see an accelerating trend by both state and non-state actors to close the space for civil society, to stifle media and Internet freedom, to marginalize opposition voices, and in the most extreme cases, to kill people or drive them from their homes.

Some look at these events and fear democracy is in retreat. In fact, they are a reaction to the advance of democratic ideals – to rising demands of people from every culture and region for governments that answer to them.The frequently grim examples detailed in this Report strengthen our resolve to promote fundamental freedoms, to support human rights defenders, and to document and promote accountability for violations of human rights.

We do so because it is right and because it reinforces our interest in a more peaceful world. People everywhere want to be free and in control of their lives. If they are denied basic rights and dignity, they will ultimately stand up for what they want, as we have seen from Syria to Sri Lanka, from Burma to Nigeria. The choice some governments offer between freedom and stability is thus a false one, for freedom is the foundation for lasting stability.

This year we witnessed shocking abuses of human rights, violations of international humanitarian law, and other criminal acts by non-state actors such as Da’esh, Boko Haram, al Shabaab, the Taliban, transnational criminal organizations, and others. The range of abuses included genocide and crimes against humanity directed against religious minorities in Iraq and Syria.

Violent non-state actors do not come from nowhere: they flourish in the absence of credible and effective state institutions, where avenues for free and peaceful expression of opinion are blocked, where court systems lack credibility, where unchecked security forces instill fear in populations, and where even the most basic of day-to-day transactions by citizens with their government are characterized by corruption.

The Report this year continued to track the weakening of institutions that undergird human rights and democracy. In many countries, governments cracked down on the fundamental freedoms of expression and association by jailing reporters for writing critical stories, or sharply restricting or closing non-governmental organizations for promoting supposedly “foreign ideologies” such as universal human rights. Our message to these countries is that, far from threatening the democratic process, a free press and open civil society are the release valve and life blood of a thriving democracy.

We also note the troubling trend among some elected leaders who undermined existing democratic institutions, such as by taking steps to stifle opposition, circumvent the electoral process, and weaken judiciaries, often in an attempt to perpetuate their continued rule.

Corruption, often carried out with impunity, had a corrosive effect on democracy, respect for human rights, and the rule of law. Institutions lose credibility when people can no longer expect a fair and impartial judiciary to address their grievances, obtain basic government services without a bribe, or participate in the political process without their franchise being undermined by corruption.

People must have faith in their institutions in order for societies to thrive.
The contents of this report renew our commitment to promoting and protecting universal human rights, to supporting and defending civil society in its peaceful efforts to hold governments accountable, and to working with our partners to advance peace, development, human rights, and democracy.I hereby transmit the Department of State’s Country Reports on Human Rights Practices for 2015 to the United States Congress.