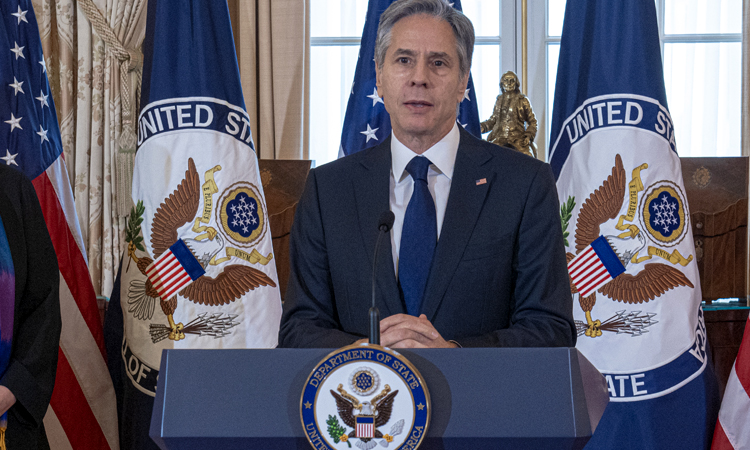 Provide adequate services and shelter for all victims, especially male victims and those outside the capital. • Increase training for law enforcement officials, labor inspectors, coast guard officers, prosecutors, judges, and social workers to understand human trafficking and, as appropriate, proactively identify victims of sex and labor trafficking. • Implement a set of routine guidelines for the proactive identification of trafficking victims and train officials to use them. • Designate an agency responsible for the provision of services to male trafficking victims. • Operationalize a centralized database to systematically record official statistics on anti-trafficking law enforcement efforts and victim identification, including those outside the capital. • Refer labor trafficking victims to services upon identification, hold labor traffickers criminally accountable, and establish standard operating procedures for Ministry of Labor officials to combat labor trafficking. • Allocate a dedicated anti-trafficking budget, fund the implementation of the national action plan and the anti-trafficking law, and increase funding for victim services. • Expand long-term and reintegration services, including vocational training. • Proactively screen foreign workers for trafficking indicators, including through inspections aboard foreign-flagged vessels in Uruguayan waters and docked at port. • Establish a facility accessible to victims while shelters are closed during the day. • Vigorously investigate and prosecute all forms of human trafficking, including forced labor and child sex trafficking. • Sentence convicted traffickers to adequate penalties, which should involve significant prison terms. • Consistently inform victims of their rights under the law, including to apply for permanent residence permits and compensation from their traffickers, and support those victims who wish to pursue these rights. • Revise the definition of trafficking under Uruguayan law to align with the definition in the 2000 UN TIP Protocol. • Ensure the safety of victims participating in trials against their traffickers as required by law and inform victims of available protective measures.

The government maintained law enforcement efforts. Article 78 of the 2008 immigration law criminalized sex trafficking and labor trafficking, prescribing penalties of four to 16 years’ imprisonment, which were sufficiently stringent and, with respect to sex trafficking, commensurate with penalties prescribed for other serious crimes, such as rape. The penalties were increased by one-third to one-half if the trafficking offense involved a child victim. Inconsistent with the definition of trafficking under international law, the law established the use of force, fraud, or coercion as an aggravating factor rather than as an essential element of the crime.

The Ministry of Interior’s organized crime division was the primary entity responsible for anti-trafficking law enforcement efforts. However, the Ministry of Labor (MTSS) directed most efforts related to labor trafficking; MTSS primarily responded to labor traffickers through administrative processes, although cases it referred to the prosecutor’s office could also be criminally prosecuted. The attorney general’s office in Montevideo had three gender-based violence units that prioritized investigating and prosecuting crimes related to human trafficking and the exploitation of children, up from two in 2019; there were no specialized units outside of the capital. The government did not report any investigations, prosecutions, or convictions of government officials complicit in trafficking offenses. The government offered limited anti-trafficking training to law enforcement officials responsible for victim identification and investigation, but it included trafficking-specific modules in standard gender-based violence training for approximately 375 law enforcement officers in 2020; 62 officials opted into an online anti-trafficking training for law enforcement. Observers indicated law enforcement officials did not employ systematic procedures to identify victims proactively. Uruguayan officials coordinated with United States officials in relation to a United States citizen convicted of human trafficking and serving a term of imprisonment in Uruguay.

The government contracted with NGOs to provide victims services similar to those given to other vulnerable populations, such as the homeless, refugees, and citizens on welfare; there were no specialized services for trafficking victims. Although government officials had some facilities that could temporarily house victims, there were no dedicated shelters for trafficking victims. Government officials expressed concern that victims’ security would be at risk in a centrally located, trafficking-specific shelter, due to the country’s small size. The government preferred to lodge victims in hotels and occasionally referred them to shelters or group homes serving other populations, such as victims of domestic violence. Civil society expressed concerns about the suitability of these facilities, as they did not meet the needs of trafficking victims, and reported challenges finding shelter for trafficking victims, particularly for those identified outside the capital. Many shelters were overnight-only facilities; observers identified a need for daytime facilities and programming. Civil society reported government services focused mostly on psycho-social and legal assistance, while long-term services, such as housing, vocational support, and job placement, were insufficient. Inmujeres provided 11.37 million pesos ($269,770) to its NGO partners to fund provision of services and allocated 304,500 pesos ($7,230) to cover short-term hotel stays for victims. The government did not report other budget allocations or funding for victim assistance. Although the government had a protocol to provide security and protection measures to victims, observers reported the government could not ensure victims’ physical safety, and fear of retaliation prevented some victims from participating in trials against their traffickers. Victims could file civil suit to seek compensation from their traffickers, but the government did not report whether any victims did so in 2020. Foreign victims were entitled to work permits and permanent residency status and had 180 days to decide whether to stay in the country, return to their country of origin, or resettle in a third country. However, the government did not report issuing residence permits to any foreign victims during the reporting period, and there was no record it had done so since the 2018 legislation establishing this entitlement.

The government slightly decreased prevention efforts. The national trafficking council, composed of high-level government agencies and civil society participants and led by MIDES, met twice during the reporting period. The council was responsible for the implementation of recommendations from international organizations and institutional oversight on the implementation of Law 19.643 and the 2018-2020 national action plan. During the reporting period, the council began drafting a 2020-2022 national action plan. The national trafficking council was required to publish at least one public report per year, usually an annual review of its anti-trafficking efforts, but did not release a report in 2020. The government did not allocate funding to implement the trafficking law or the national action plan, and the trafficking council lacked an operational budget. The government conducted activities to promote awareness of human trafficking in 2020; with the support of an international organization, the government conducted one virtual awareness-raising workshop for officials in communities with an established trafficking risk. The government continued to distribute to the public informational and awareness-raising materials developed in previous reporting periods. Generally, the government’s awareness-raising efforts featured trafficking as a sub-topic of wider programming on gender-based violence and other related crimes. The government operated telephone hotlines and a corresponding cellphone app where the public could report crimes; the government did not report how many calls involved trafficking cases. In 2020, the government launched a hotline dedicated to a nationwide investigation; in addition to information related to that case, officials also reported receiving tips leading to five new investigations, at least one of which involved human trafficking. The Ministry of Labor reported it trained its inspectors to identify labor trafficking indicators; these inspectors continued to perform regular labor inspections during the pandemic, including in establishments known to facilitate commercial sex. Labor inspectors lacked specific procedures to identify trafficking, although the Ministry of Labor had primary responsibility for labor trafficking. The government encouraged private sector actors to engage in an anti-child sex tourism campaign but did not otherwise make efforts to reduce the demand for commercial sex acts.

As reported over the past five years, human traffickers exploit domestic and foreign victims in Uruguay, and traffickers exploit victims from Uruguay abroad. Uruguayan women and girls – and, to a more limited extent, transgender adults and male adolescents – are exploited in sex trafficking within the country. Traffickers force Uruguayan women and LGBTQI+ individuals into commercial sex in Argentina, Brazil, Italy, and Spain. Traffickers exploit women from Cuba, the Dominican Republic, Haiti, and, to a lesser extent, from South American countries, in sex trafficking in Uruguay. Many victims are South American women of African descent. Foreign workers, mainly from Argentina, Bolivia, Brazil, Cuba, the Dominican Republic, and Paraguay, are exploited in forced labor in construction, domestic service, cleaning services, elder care, wholesale stores, textile industries, agriculture, fishing, and lumber processing. Cuban nationals working in Uruguay may have been forced to work by the Cuban government. Sex traffickers exploited migrants, particularly women, from Cuba in border cities; sex traffickers may move victims city-to-city to avoid detection and prolong exploitation. From 2018 to 2020, 17 crewmember deaths were associated with Taiwan-, Chinese-, and other foreign-flagged fishing vessels docked at the Montevideo port and in Uruguay’s waters; before 2018, observers reported an average of 11 crewmember deaths per year. Foreign workers aboard these vessels are subjected to abuses indicative of forced labor, including unpaid wages, confiscated identification documents, and physical abuse, and there are anecdotal reports of murder at sea. Citizens of other countries, including China and the Dominican Republic, may transit Uruguay en route to other destinations, particularly Argentina, where some are exploited in trafficking. There was heightened vulnerability to trafficking in the interior of the country, where the government’s monitoring and anti-trafficking efforts had limited reach. In particular, domestic workers employed in the interior of the country are at greater risk of trafficking.