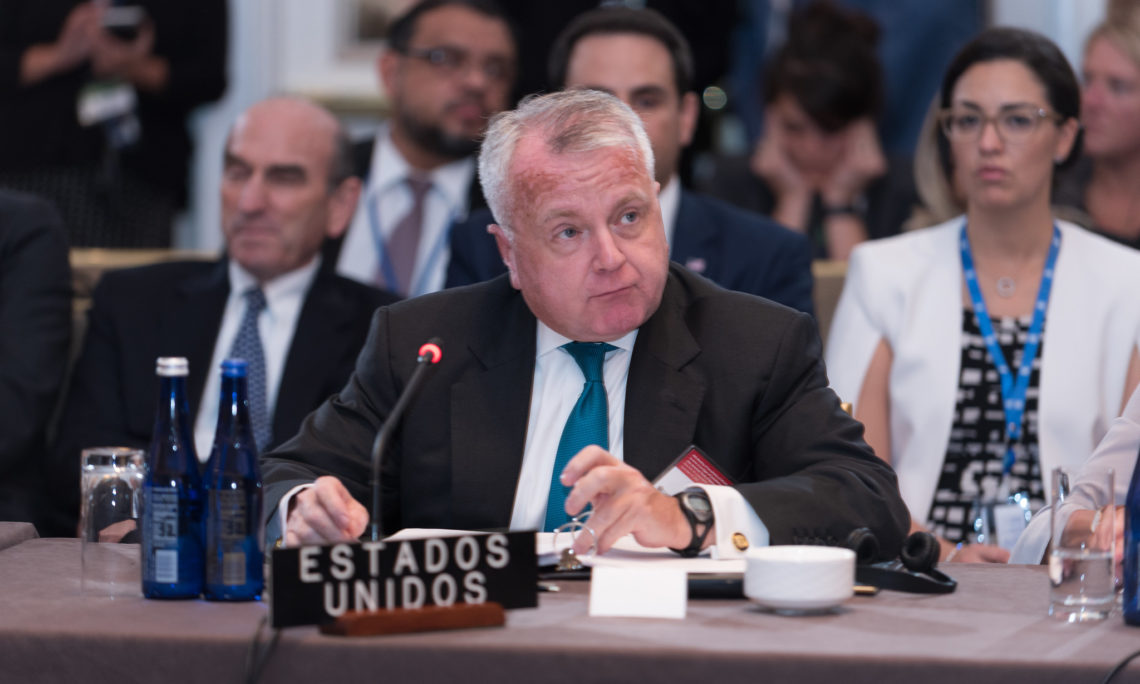 Deputy Secretary of State John J. Sullivan led the U.S. delegation to a ministerial-level meeting of the Rio Treaty on September 23 in New York, NY, convened by the state parties.  This meeting discussed regional next steps to address the worsening crisis in Venezuela; the previous time the OAS convened this meeting was to discuss collective action following the attacks of September 11, 2001.  The historic nature of this meeting highlights the depth of collective concern over the Venezuela crisis.