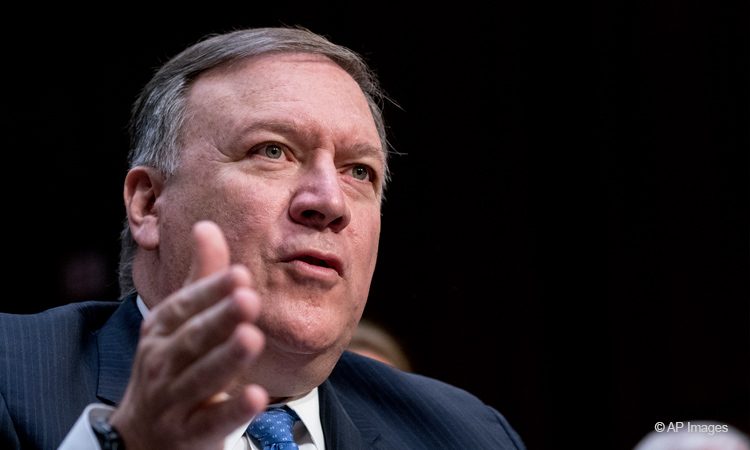 NOTICE TO THE PRESS

Secretary of State Pompeo to Lead
U.S. Delegation to the Organization of American States General Assembly

Secretary of State Mike Pompeo will lead the U.S. delegation to the 48th Regular Session of the General Assembly of the Organization of American States (OAS), the Western Hemisphere’s oldest and most respected multilateral organization, to be held in Washington, D.C. June 3-5.  Secretary Pompeo will address the General Assembly’s plenary session at 11:05 a.m. on Monday, June 4 and will engage in discussions and consultations with regional counterparts on issues of shared interest.

The Secretary’s speech will be livestreamed at www.state.gov. Follow @StateDept during the event for updates and live tweets.