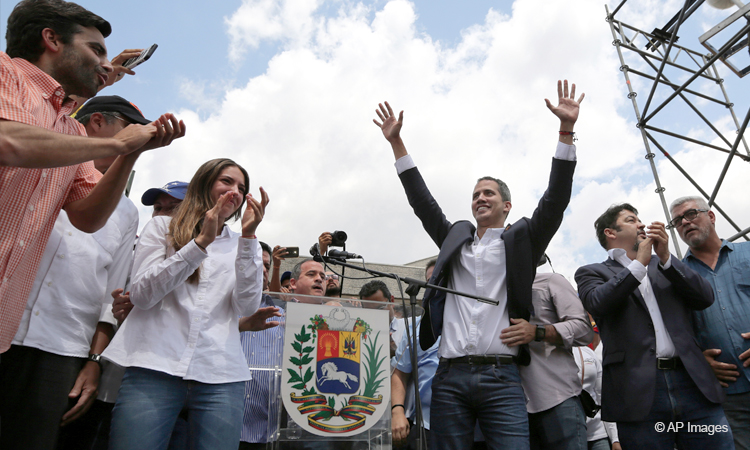 The United States applauds the people of Venezuela for their actions to create a peaceful democratic transition, and congratulates Interim President Juan Guaido on his successful diplomatic efforts in the region and safe return to Venezuela.

The United States and freedom-loving nations around the world stand with Interim President Guaido, the National Assembly, and all democratic forces as they work to establish free and fair elections that will return democracy to Venezuela.

The international community must unite and push for the end of Maduro’s brutal regime and the peaceful restoration of democracy in Venezuela.