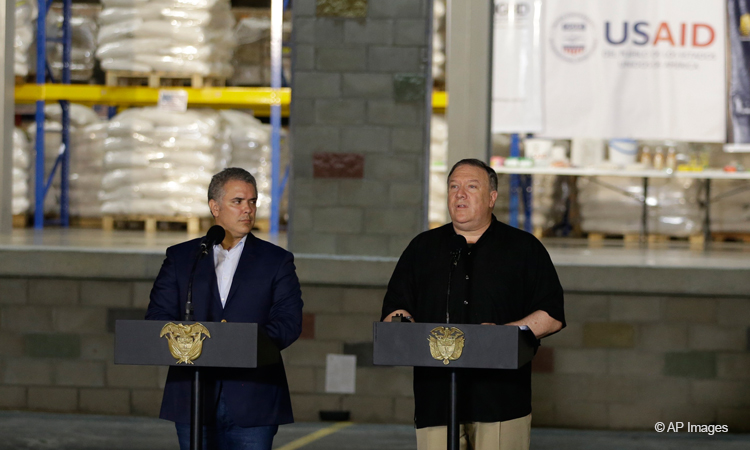 “….We are desperately trying to get humanitarian assistance to the people of Venezuela. We are committed to helping Venezuela, the region, deny Maduro the opportunity to engage in this thuggish behavior that has been so harmful to ordinary Venezuelans. We’re determined to achieve this outcome, and we’re optimistic that we can get there.” Secretary of State Mike Pompeo, March 22, 2019.

On April 14, Secretary Pompeo traveled to Cucuta, Colombia. During this visit, he met with organizations supporting Venezuelans fleeing the oppressive Maduro regime, and assessed the challenges of delivering humanitarian aid into Venezuela itself, given the regime’s closure of the Venezuela-Colombia border. The United States remains committed to supporting the people of Venezuela as they demand the restoration of their democracy.