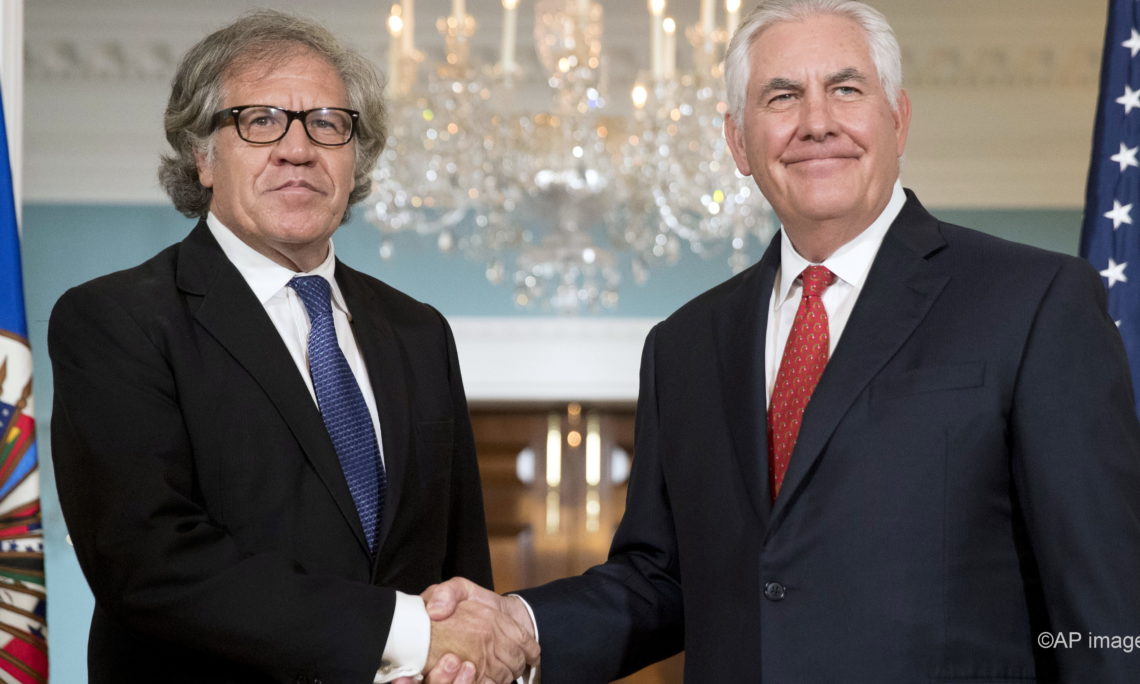 U.S. DEPARTMENT OF STATE
Office of the Spokesperson
READOUT

The below is attributable to Spokesperson Heather Nauert:‎

Secretary Tillerson hosted Secretary General of the Organization of American States (OAS) Luis Almagro today at the U.S. Department of State in Washington, D.C.  The two leaders underscored the important role and leadership of the organization in addressing the situation in Venezuela in collaboration with the broader international community, and reiterated the need for Venezuelan authorities to conduct fully free and fair gubernatorial elections ‎on October 15.

They also discussed the importance of pressing ahead with OAS reform so as to build a stronger and more vibrant institution capable of responding effectively to regional challenges.  They discussed the vital role of the OAS as the premier multilateral forum for the promotion and defense of democracy, human rights, development and regional security cooperation in the Western Hemisphere.