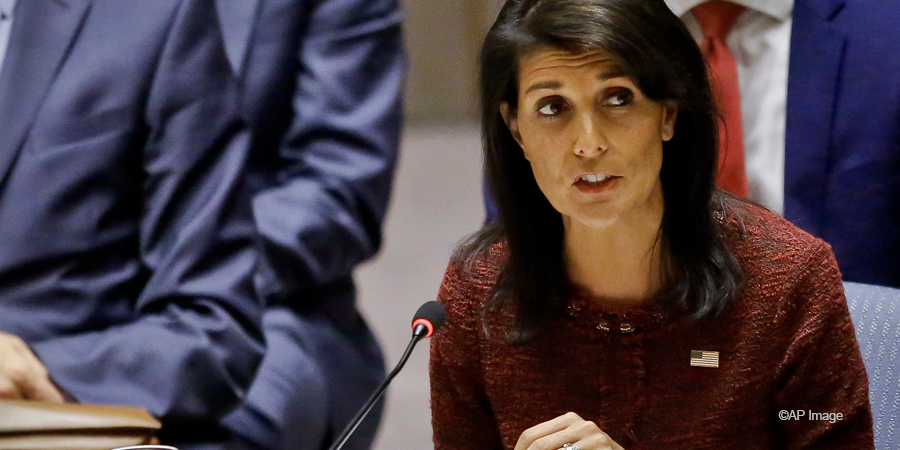 Statement by Ambassador Haley on the Gubernatorial Elections in Venezuela

Yesterday, Venezuelans once again attempted to make their voices heard, and dictator Maduro once again tried to silence them through reported voter intimidation, manipulation, and obstruction. An election is only legitimate if it is free and fair, and from the start, this was neither. There must be an audit of the electoral process. There must be respect for the will of the people. We continue to stand with the people of Venezuela.