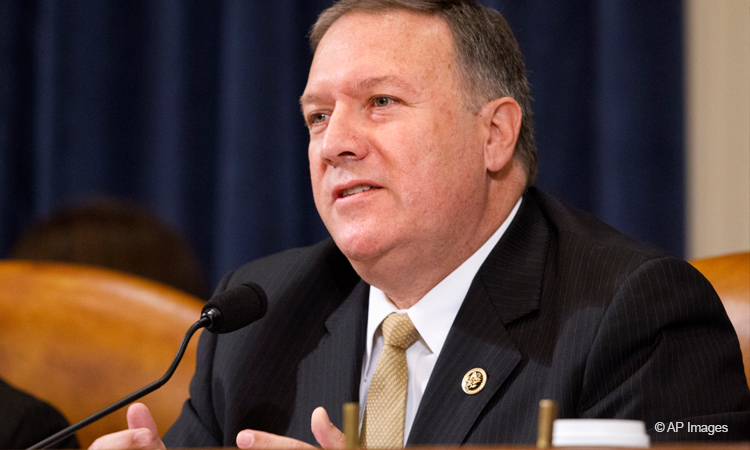 For many years, the Iranian regime has insisted to the world that its nuclear program was peaceful. The documents obtained by Israel from inside of Iran show beyond any doubt that the Iranian regime was not telling the truth. I have personally reviewed many of the Iranian files. Our nonproliferation and intelligence officials have been analyzing tens of thousands of pages and translating them from Farsi. This analytical work will continue for many months. We assess that the documents we have reviewed are authentic.

The documents show that Iran had a secret nuclear weapons program for years. Iran sought to develop nuclear weapons and missile delivery systems. Iran hid a vast atomic archive from the world and from the IAEA — until today.

Among the flaws of the Iran nuclear deal was the whitewashing of Iran’s illicit activities related to its military nuclear program. Iran had many opportunities over the years to turn over its files to international inspectors from the IAEA and admit its nuclear weapons work. Instead, they lied to the IAEA repeatedly. They also lied about their program to the six nations who negotiated the Iran nuclear deal. What this means is the deal was not constructed on a foundation of good faith or transparency. It was built on Iran’s lies. Iran’s nuclear deception is inconsistent with Iran’s pledge in the nuclear deal “that under no circumstances will Iran ever seek, develop, or acquire any nuclear weapons.”

We are therefore assessing what the discovery of Iran’s secret nuclear files means for the future of the JCPOA. Allowing restrictions on Iran’s nuclear program to sunset was a mistake. One has to ask: Why exactly was Iran hiding half a ton of nuclear weaponization files while implementing the Iran deal? It is worth recalling that from 2006-2015, Iran was prohibited by Security Council resolutions from enriching any nuclear material. Now that the world knows Iran has lied and is still lying, it is time to revisit the question of whether Iran can be trusted to enrich or control any nuclear material. As the President’s May 12 deadline to fix the Iran deal approaches, I will be consulting with our European allies and other nations on the best way forward in light of what we now know about Iran’s past pursuit of nuclear weapons and its systematic deception of the world.