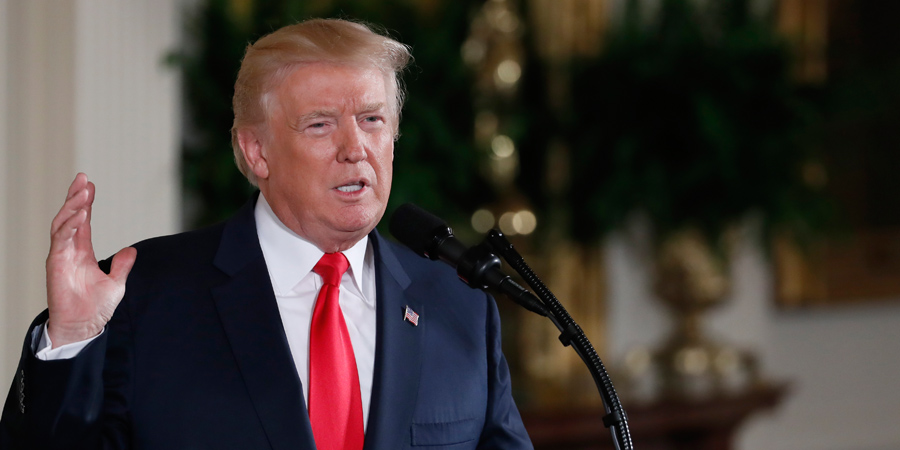 Statement from President Donald J. Trump on the Maduro Regime in Venezuela

Today, I have taken action to prevent the Maduro regime from conducting “fire sales,” liquidating Venezuela’s critical assets—assets the country will need to rebuild its economy. This money belongs to the Venezuelan people.

I have signed an Executive Order to prevent the Maduro regime from selling or collateralizing certain Venezuelan financial assets, and to prohibit the regime from earning money from the sale of certain entities of the Venezuelan government.

This order is the most recent in a strong, consistent stream of actions my Administration has taken targeting the Maduro regime.

By the authority vested in me as President by the Constitution and the laws of the United States of America, including the International Emergency Economic Powers Act (50 U.S.C. 1701 et seq.) (IEEPA), the National Emergencies Act (50 U.S.C. 1601 et seq.), and section 301 of title 3, United States Code, I, DONALD J. TRUMP, President of the United States of America, in order to take additional steps with respect to the national emergency declared in Executive Order 13692 of March 8, 2015, and relied upon for additional steps taken in Executive Order 13808 of August 24, 2017 and Executive Order 13827 of March 19, 2018, particularly in light of the recent activities of the Maduro regime, including endemic economic mismanagement and public corruption at the expense of the Venezuelan people and their prosperity, and ongoing repression of the political opposition; attempts to undermine democratic order by holding snap elections that are neither free nor fair; and the regime’s responsibility for the deepening humanitarian and public health crisis in Venezuela, hereby order as follows:

Section 1.
(a) All transactions related to, provision of financing for, and other dealings in the following by a United States person or within the United States are prohibited:

(b)  The prohibitions in subsection (a) of this section apply except to the extent provided by statutes, or in regulations, orders, directives, or licenses that may be issued pursuant to this order, and notwithstanding any contract entered into or any license or permit granted before the effective date of this order.

Sec. 2.
(a) Any transaction that evades or avoids, has the purpose of evading or avoiding, causes a violation of, or attempts to violate any of the prohibitions set forth in this order is prohibited.

(b) Any conspiracy formed to violate any of the prohibitions set forth in this order is prohibited.

Sec. 3.  For the purposes of this order:

(a) The term “person” means an individual or entity;

Sec. 4. The Secretary of the Treasury, in consultation with the Secretary of State, is hereby authorized to take such actions, including promulgating rules and regulations, and to employ all powers granted to the President by IEEPA as may be necessary to implement this order.  The Secretary of the Treasury may, consistent with applicable law, re-delegate any of these functions to other officers and executive departments and agencies of the United States Government.  All agencies of the United States Government shall take all appropriate measures within their authority to carry out the provisions of this order.

Sec. 5. This order is not intended to, and does not, create any right or benefit, substantive or procedural, enforceable at law or in equity by any party against the United States, its departments, agencies, or entities, its officers, employees, or agents, or any other person.