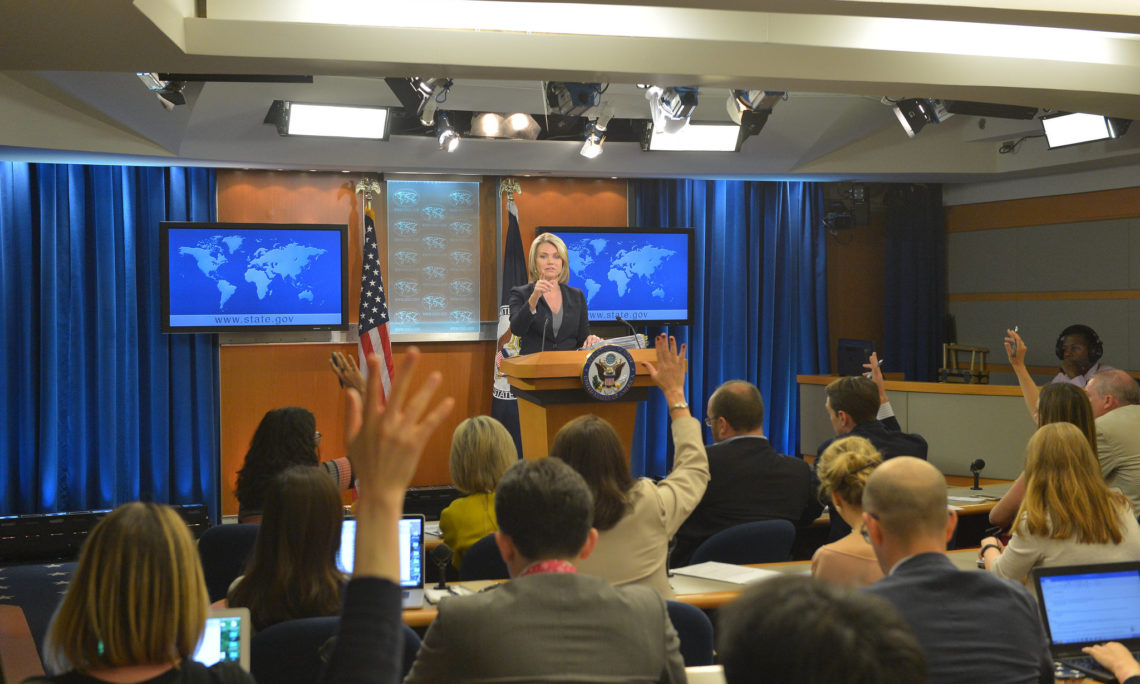 Statement on Gubernatorial Elections in Venezuela
By Heather Nauert, Spokesperson

The Venezuelan people deserve to have their voices heard through their nation’s Gubernatorial Elections this Sunday, October 15. The United States and the international community are paying close attention to this vote. The United States calls on the regime to hold free and fair elections. We note with great concern that the regime will not permit the presence of independent international electoral observers.  We call on the Venezuelan government to permit independent domestic observers to fully monitor the election and its tabulation of results.

The United States is concerned that a series of actions by the National Electoral Council (CNE) calls into question the fairness of the electoral process. These concerns include CNE steps such as:  closing voting centers in opposition strongholds; manipulating ballot layout; not providing for a complete, independent auditing of vote tabulation software; and a pattern of politically-motivated, arbitrary disqualifications of opposition leaders and candidates. Just this week, for example, the CNE announced the closing or relocation of 203 polling stations in 16 states, typically in opposition-dominated areas, and potentially disenfranchising as many as 450,000 voters.

The United States also notes with deep concern the August 2 public denunciation by Smartmatic of “manipulation,” with more than one million “ghost” votes added to the results of the July 30 referendum.  That balloting, which was boycotted by a majority of voters, paved the way for the establishment of an illegitimate Constituent Assembly. We continue to support the Venezuelan people as they work toward a democratic, peaceful, and prosperous future.