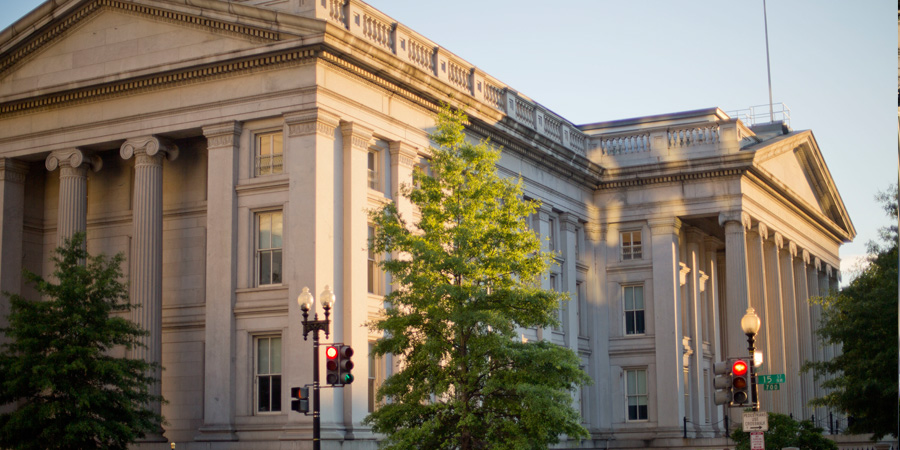 U.S. Department of the Treasury

U.S Department of the Treasury

Washington – Today, the U.S. Department of the Treasury’s Office of Foreign Assets Control (OFAC) designated the son of Venezuela’s illegitimate regime leader Nicolas Maduro Moros, who was previously sanctioned on July 31, 2017.  This action, taken pursuant to Executive Order (E.O.) 13692, targets Nicolas “Nicolasito” Ernesto Maduro Guerra (Maduro Guerra) for being a current or former official of the Government of Venezuela.  Maduro Guerra is a member of Venezuela’s illegitimate National Constituent Assembly, also known as the Asamblea Nacional Constituyente or ANC.  Shortly after Maduro became President, he appointed his son to lead the newly created Corps of Inspectors of the Presidency, and in 2017, Maduro Guerra was elected as a member of the National Constituent Assembly, following the fraudulent creation of the Assembly, which served only to commandeer the constitutional powers of the legitimate National Assembly and further entrench his father’s regime.

“Maduro’s regime was built on fraudulent elections, and his inner circle lives in luxury off the proceeds of corruption while the Venezuelan people suffer,” said Treasury Secretary Steven Mnuchin.  “Maduro relies on his son Nicolasito and others close to his authoritarian regime to maintain a stranglehold on the economy and suppress the people of Venezuela.  Treasury will continue to target complicit relatives of illegitimate regime insiders profiting off of Maduro’s corruption.”

Maduro Guerra has also been involved in propaganda and censorship efforts, and has profited from Venezuelan mines along with Maduro and his wife, Cilia Flores.  Earlier this year, Maduro Guerra was devising a strategy to pressure the Venezuelan National Armed Forces to deny humanitarian aid from entering Venezuela by characterizing it as an attempt to undermine Venezuela’s democracy.  He also worked to increase censorship of Venezuela’s telecommunications infrastructure, framing the censorship as necessary because of U.S. Government activities.

The following individual designated today has been determined to be a current or former official of the Government of Venezuela:

As a result of today’s action, all property and interests in property of this individual, and of any entities that are owned, directly or indirectly, 50 percent or more by this individual, that are in the United States or in the possession or control of U.S. persons are blocked and must be reported to OFAC.  OFAC’s regulations generally prohibit all dealings by U.S. persons or within (or transiting) the United States that involve any property or interests in property of blocked or designated persons.

U.S. sanctions need not be permanent; sanctions are intended to bring about a positive change of behavior.  The United States has made clear that we will consider lifting sanctions for persons designated under E.O. 13692 or E.O. 13850 who take concrete and meaningful actions to restore democratic order, refuse to take part in human rights abuses, speak out against abuses committed by the government, and combat corruption in Venezuela.

For information about the methods that Venezuelan senior political figures, their associates, and front persons use to move and hide corrupt proceeds, including how they try to exploit the U.S. financial system and real estate market, please refer to Treasury’s Financial Crimes Enforcement Network (FinCEN) advisories FIN-2019-A002, “Updated Advisory on Widespread Public Corruption in Venezuela,” FIN-2017-A006, “Advisory to Financial Institutions and Real Estate Firms and Professionals” and FIN-2018-A003, “Advisory on Human Rights Abuses Enabled by Corrupt Senior Foreign Political Figures and their Financial Facilitators.”