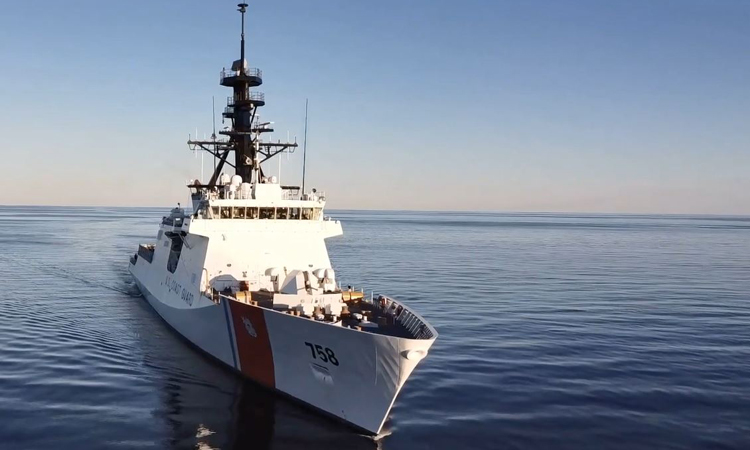 U.S. Department of State
Office of The Spokesperson

The Department of State is proud to support the U.S. Coast Guard (USCG) Operation Southern Cross as part of our efforts to build regional maritime security partnerships and counter illegal, unreported, and unregulated (IUU) fishing in the South Atlantic. The multi-month inaugural deployment of the new USCG Legend-class National Security Cutter, the Stone (WMSL 758), will strengthen cooperation and enhance security throughout the region.

In Guyana on January 9, the USCG Cutter Stone and the Guyanese Defense Force Coast Guard engaged in a series of cooperative exercises that support combatting IUU fishing, the first such operations conducted in conjunction with a new shiprider agreement ratified in 2020.

The USCG Cutter Stone will next partner with the Brazilian Navy on joint patrols, making port calls in Rio de Janeiro and Salvador. The Stone will also visit Montevideo, Uruguay, the first visit of a U.S. Coast Guard ship in over a decade. For its southernmost stop, the Stone will visit Mar del Plata, Argentina for a ceremonial welcome by the Coast Guard’s sister service, the Argentine Naval Prefecture before the cutter returns home. An observer from the Portuguese navy is embarked on the Stone, supporting its crew and the Operation daily.

While underway, the USCG Cutter Stone will also perform the full range of USCG statutory missions as circumstances warrant. The Stone crew has already interdicted one go-fast vessel in the Caribbean, seizing over 900 kilograms of cocaine on January 7 south of the Dominican Republic.

The United States is a global leader in efforts to tackle IUU fishing, including through work in multilateral institutions to strengthen the rules governing international fisheries and bilateral engagement with the world’s coastal, port, and market States. The value of global capture fish production in 2018 was over $151 billion, and it is estimated that IUU fishing results in tens of billions of dollars of lost revenue every year. IUU fishing jeopardizes global food security, destabilizes the economic security of coastal States, and violates state sovereignty by undermining international agreements and fisheries conservation measures. In the South Atlantic, we encourage our regional partners to be vigilant as we work together to protect the waters we share, and we urge our partners to both ratify and implement international measures such as the FAO Agreement on Port State Measures.

Operation Southern Cross is the Coast Guard’s first patrol to the South Atlantic in recent memory.

For updates and photos on the Cutter Stone, visit this story on DVIDS.