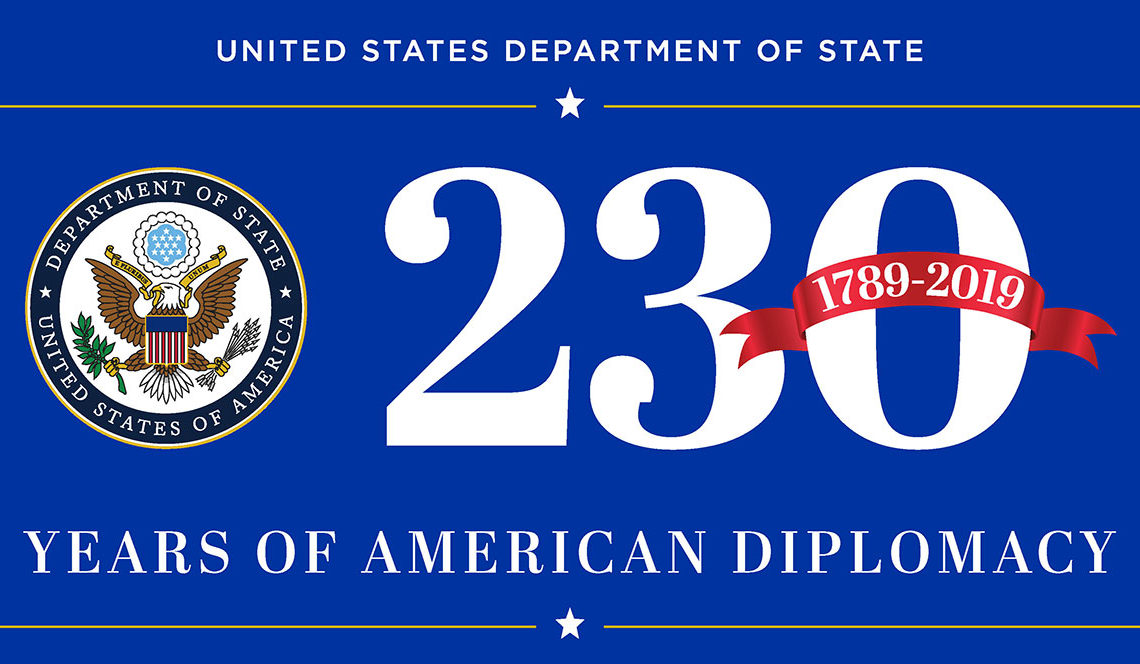 The U.S. Department of State reaches a milestone of 230 years of diplomacy on July 27.

As the leader of America’s oldest executive agency — the State Department was called the Department of Foreign Affairs when it was created in 1789, with Thomas Jefferson as its head — Secretary of State Mike Pompeo advises the president, administers diplomatic missions and negotiates treaties with foreign entities, among other duties.

Carol Perez is one member of the team. After serving as U.S. ambassador to Chile from 2016 to 2019, she became head of human resources for the department. In summing up the qualities she thinks are integral to American diplomats’ success, Perez says, “Presence matters. Leadership matters. Competence matters. And values matter.” Eric Rubin, the U.S. envoy to Bulgaria and head of an association of foreign service employees, is grateful for having had the chance to make a difference on four continents. “As Secretary Pompeo has said,” Rubin stresses, “the [U.S.] foreign service should be out there in every corner of the globe.”

The large workforce is a united team working for the American people and follows a code of Professional Ethos.

Rubin says that, because what he does contributes to the prosperity and security of his fellow Americans, he finds the work intensely satisfying. Diplomacy is about “ensuring that our values are universal, that we keep threats at bay and that we can compete with rising powers,” he adds.