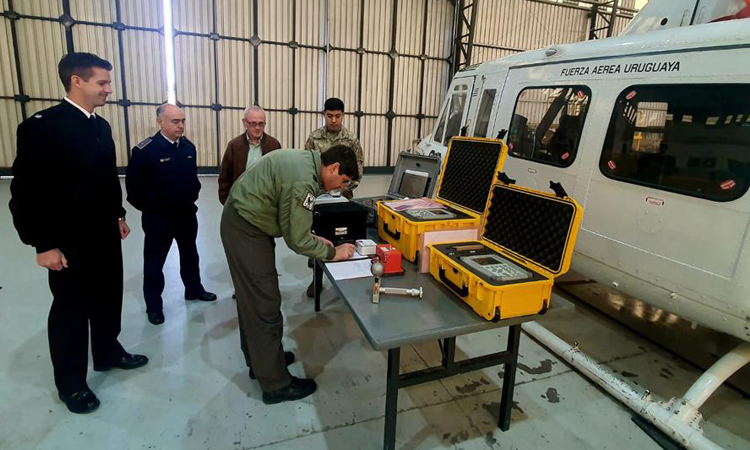 The United States donated $42,000 in aircraft parts and tools to Uruguay’s Air Force

On August 18, 2022, representatives of the U.S. Embassy in Uruguay’s Office of Defense Cooperation and U.S. Southern Command’s Global Peacekeeping Operations Iniative (GPOI) Coordination team donated $42,000 in aircraft parts and tools to the Uruguayan Air Force at Air Base 1 in Carrasco. Uruguay’s Air Force is the only rotary wing squadron of helicopters capable of night missions in the peacekeeping operations in the Democratic Republic of the Congo, where they’ve operated since 2010 using U.S.-made Bell 212 helicopters and night vision goggles.

The donation is part of the U.S.-Uruguay partnership to support U.N. Peacekeeping operations worldwide, and part of a larger $36 million investment of U.S. State Deparment GPOI funds in equipment, training, and construction for the Uruguayan Armed Forces since 2008. The U.S. is proud to work together with Uruguay on these important peacekeeping missons.