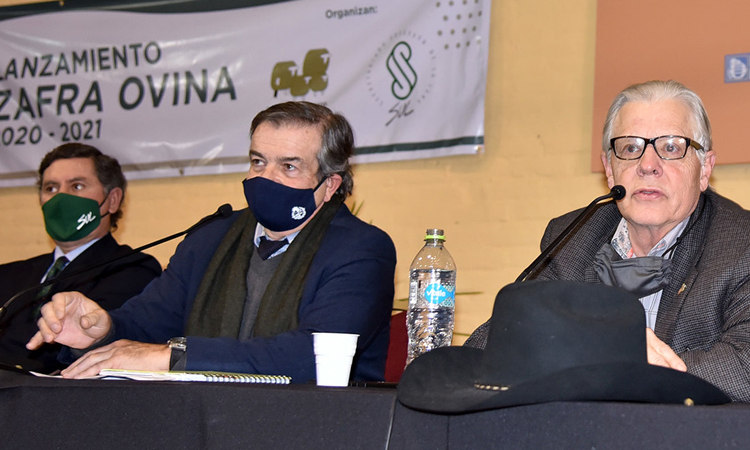 With U.S. technical support, Uruguay will be the first country in South America to develop a screwworm eradication program

The technique to eradicate the screwworm plague, for which the United States are a global model, will be implemented for the first time in South America in Uruguay.

On the morning of September 14, Ambassador Kenn S. George participated in the event to launch the 2020 sheep harvest, where the screwworm eradication program in Uruguay was announced, presented by the Ministry of Agriculture, Livestock and Fisheries, the Uruguayan Wool Secretariat (SUL), INIA, INAC, IPA and Uruguayan producers in Expo Prado 2020.

During the presentation, at the Expo Prado sales barn, Ambassador George explained that “Uruguay has decided to use the sterile insect technique that the United States used to eradicate the plague, as well as Mexico and Central America, down to Panama.” The United States are the only country employing this technique, which is proven to have eradicated this plague in North and Central America.

Originally from Texas and an expert in livestock-related issues, Ambassador George is particularly interested in the eradication of screwworm. “When I found out there was no eradication program, I knew this was important to the industry and the economy, so I talked to a leading U.S. Scientist, John Welch, and I asked him how he could help us in this undertaking. He immediately said yes, he wanted to help,” said Ambassador George during the presentation of the program. He also said that “Uruguay will be the first country in South America to implement this program.”

“Now is the time to work together with everyone, not just the government authorities and the Ministry, but also with each of you, because we can only reach this goal by working together, and we can help you eradicate this plague from your fields,” he added. Later, Ministry of Agriculture, Livestock and Fisheries Carlos María Uriarte stated that “the Agricultural plan, INIA, and SUL are already working on an awareness stage to eradicate screwworm. Awareness campaigns are essential.”

Ambassador George said the program will take two to three years, and it consists of a special technique developed by the United States which releases sterile flies. Both countries will work together, and implementation of the program will begin by mid-2021. “Our scientists and experts from the U.S. Department of Agriculture’s Animal and Plant Health Inspection Service are ready to help Uruguay with the knowledge needed to guarantee the program’s success,” said Ambassador George.